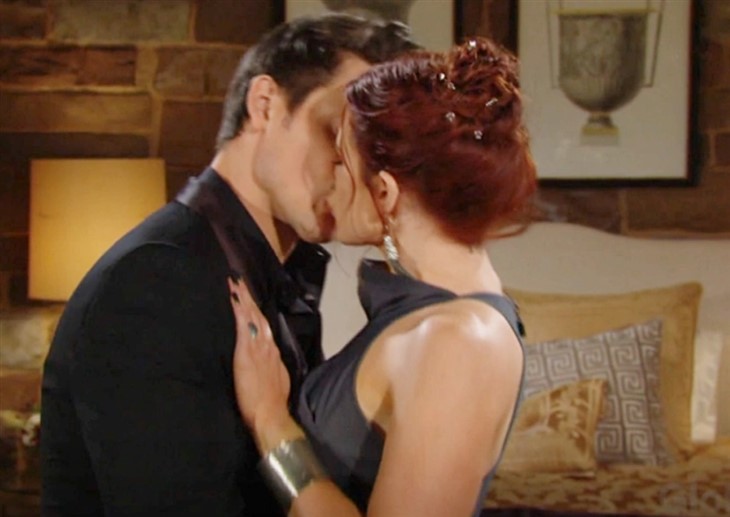 The Young and the Restless (Y&R) spoilers tease that the chip on Adam Newman’s (Mark Grossman) shoulder is back and he could turn to villainess Sally Spectra (Courtney Hope) to get some peace of mind, aka revenge. What will happen if these two schemers team up to cause double trouble? Let’s just say that Genoa City, Wisconsin will never be the same if SAdam unite.

The Young And The Restless Spoilers – Adam Newman Is Restless

Adam Newman lost his dad Victor Newman’s (Eric Braeden) confidence after he fell for Billy Abbott’s ‘I fell off the wagon’ ploy. Luckily the ruse came to an end before real damage was done to anyone, but Victor is of the tough love school of child rearing and so he had no mercy for his son’s mistake.

Now Adam is sulking and pouting as Victor thinks of selling Newman Media to daughter Victoria Newman (Amelia Heinle). What will Adam do if the company he’s in charge of is given to his snarky sis?

Adam would then have the bad luck to have to answer to a sibling who detests him. Fun.

In fact, Victoria’s end goal may be to get rid of Adam since she thinks he will sooner quit than be under her thumb. If Adam ends up unemployed, it makes sense he would launch a company to go after his family!

Y&R Spoilers – Sally Spectra Has A Chip On Her Shoulder

At the same time Chelsea Newman (Melissa Claire Egan) has alienated Sally at work, and Sally (like Chelsea) has her eye on Adam. If Adam leaves, he may take Sally, thus sticking it to several people at once. Oh the drama—this is the delicious kind of two timing scheming soap fans live for!

Explosive show spoilers reveal that Adam Newman may poach Sally and create a fashion house or entertainment company, one that will dominate NE.

Will Sally Spectra and Adam Newman sizzle in the boardroom and the bedroom? February Sweeps is just around the corner and the pressurized egos that are trying to get along can’t remain dormant forever. Might Adam and Sally form a business called, Black Sheep Ltd? Tell us what you think happens next in Genoa City, Y&R fans!