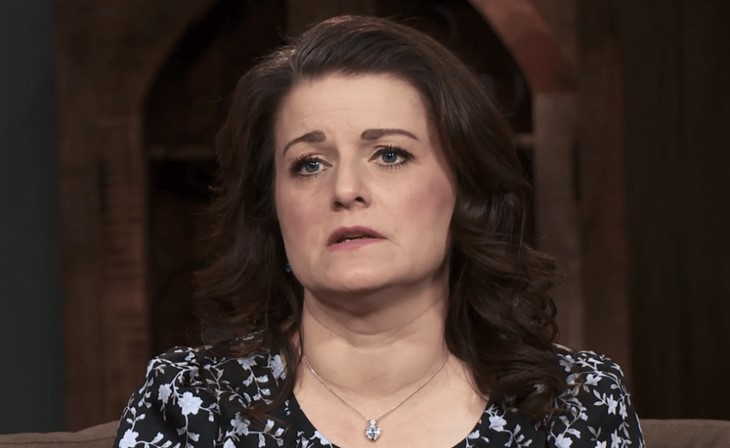 Sister Wives spoilers hint that Kody Brown’s marriage drama brings trauma for almost everyone. But some fans suspect that Robyn Brown actually BENEFITS rather than loses from the plural marriage’s challenges. Could Robyn have actually helped to make matters worse by stirring the plot so that she could win?

Find out the latest about what’s really happening with polygamy patriarch Kody Brown and his wives. And see if you think that Brown’s fourth wife Robyn may actually turn out to score big at the end of the marriage fallout.

Kody Brown soared to reality TV fame as the busy husband to wives Meri, Christine, and Janelle Brown. And last but definitely not least, Kody tied the knot with Robyn Brown. In recent months, though, Kody has struggled in his spiritual relationships with Christine, Janelle, and Meri. And that contrast makes the strength of his romance with Robyn even more obvious, an insider told Us.

“He’s spending all his time with Robyn,” shared the source about the 53-year-old Brown family ruler. “The others are in their own world, living their own lives.” As a result, Kody’s other three wives may not notice just how much Robyn has benefited from their own marriage troubles.

But viewers have seen the problems among the wives in Sister Wives season 16. The TLC polygamy reality show has chronicled the increasing problems between Kody, Meri, Christine, and Janelle. And the coronavirus pandemic seemed to bring all the trouble to a head. For instance, Christine, 49, and Janelle, 52, often argued with Kody about his strict pandemic rules.

But the coronavirus pandemic alone can’t serve as the only scapegoat for Kody Brown’s marriage drama. The insider shared that the Brown family patriarch made his preference for Robyn very clear over the holidays. For instance, Kody didn’t even attempt to make plans with any of his other wives!

“He spent the holidays with Robyn and her kids,” shared the source. “He didn’t even try making plans with the others. All the wives were very much separated for the holidays, spending time with their own families.”

And that separation seemed to divide the family apart. After sharing her split from Kody in November 2021, Christine decided to travel to Utah to spend the holiday with her children. And Janelle followed her lead.

But Janelle’s and Christine’s decision to leave Kody for the holidays clearly upset him. “COVID has been such a strain on the family, and everybody here at this table has been really easy on me about my rules for COVID,” pointed out Kody during a recent episode of Sister Wives. The polygamy patriarch referred to Robyn, 43, and Meri, who had spent Thanksgiving with their husband. “The contrast has been one of those things that has really just made me aware of those who are loyal to me and those who are not.”

In other words: Watch out for your future on Sister Wives if Kody sees you as disloyal (especially if your name isn’t Robyn!). Tell us what you think. Do you feel that Kody has become closer to Robyn as a result of his struggles with his other wives? And after you’ve shared your views, check back on our site for more Sister Wives news.