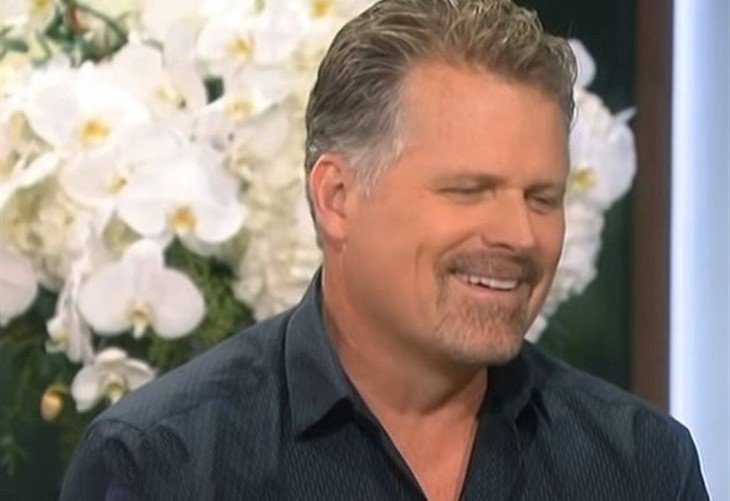 The Young and the Restless (Y&R) spoilers show that fans experienced mild whiplash this week as news, and clarification, of Richard Burgi’s departure as Ashland Locke broke. As soon as that news dropped, by Burgi on Insta, the show announced that the role was recast with daytime fave Robert Newman. Newman spent decades playing amiable Josh Lewis on CBS’s Guiding Light before the show’s cancellation.

Newman posted some insights about his latest career adventure on social media.

Newman shared an article about his Ashland status on his Facebook page. He posted, “Thanks to everyone for the sweet posts and messages about my joining the cast of Y&R.”

“I couldn’t be more pleased. I’ve had great respect for the show and it’s [sic] wonderful cast for many, many years. I’m happy to be a part of it.”

Y&R Spoilers – Richard Burgi Is Out As Ashland Locke

He added, “I had a lovely zoom meeting with [Y&R head writer] Josh Griffith and [Y&R executive producer] Anthony Morina last night. We talked quite a bit about the character, and I’m very excited by the scripts I’m getting so far.”

Richard Burgi was cast as the Locke Ness Monster last year and his departure shocked fans who were of the belief he had recently signed on for a year. Newman noted, “I’m scared to death, of course, but I think that’s healthy. It’ll be a new adventure and I’m feeling pretty blessed to have the opportunity. Cheers!”

Newman is being modest as he has an impeccable daytime resume. He played Josh for nearly three decades, opposite the incomparable Kim Zimmer who played his wife Reva. The actor was nominated for two Daytime Emmy awards for Outstanding Lead Actor in a Drama Series and he was a perennial fan favorite as the goodhearted man who just couldn’t quit the irascible Reva.

What is Newman facing as he takes on the role? He will step into a front burner plot that involves plenty of intrigue, mystery and deceit. For one thing, fans are dying (pun intended) to know if Ashland has been lying about a fatal disease. He is also married to crafty Newman heiress Victoria Newman (Amelia Heinle) and he has a reputation as a business shark. Welcome back to daytime Robert Newman!

90 Day Fiancé: Jovi Dufren Reveals Working On Something For International People To Date