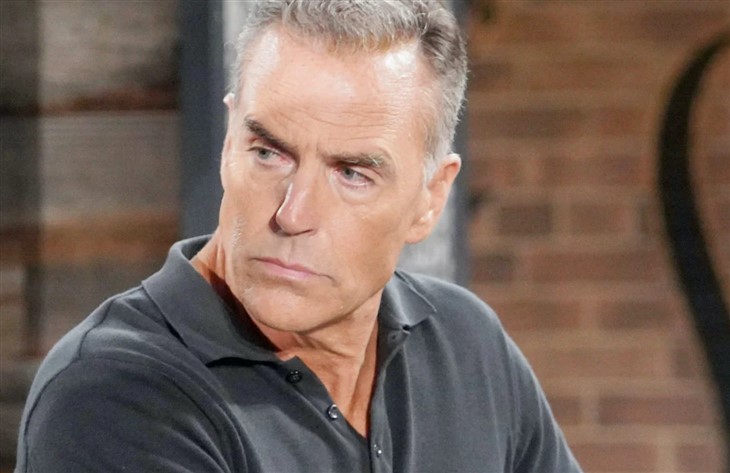 The Young and the Restless (Y&R) spoilers document that Ashland Locke’s (Richard Burgi) backstory is set to be further exposed. Multiple teasers continue to indicate that Ashland has been withholding crucial information that will impact his life in Genoa City, Wisconsin.

An unplanned and stunning cast change has soap veteran Robert Newman (most notably playing Josh Lewis on Guiding Light, among other roles on other soaps, and now Ashland), set to debut in February. This development can allow for a creative twist if TPTB decide to go in that direction next month or the near future.

The Young And The Restless Spoilers – Richard Burgi’s Exit Explained

Burgi used social media account to detail the reason why he is no longer with the show. He was very gracious, which was not only classy but also wise.

Just as Burgi wished his former castmates, Newman, and behind-the-scenes castmates the best, so too is he wished well by devoted soap fans. Burgi is a solid actor whose career began, ironically, on Guiding Light in 1986, when he played Brian (no last name for that character).

Burgi was cast as Chad Rollo on Another World from 1986 through 1988. He also played Randy Stone on One Life To Live in 1988, before attaining a prolific number of television and movie credits through to Y&R, when he was hired in 2021.

Victoria Newman Locke (Amelia Heinle) loves her husband. She believes that he is her greatest soul mate match, with Billy Abbott (Jason Thompson) paling in comparison.

While Ashland’s backstory is said to have been resolved, with Billy, Nick Newman, (Joshua Morrow), and Jesse Gaines’ (Jamison Jones) efforts to expose his duplicity failing to stop Victoria from marrying him. However, lingering doubts about Ashland’s sincerity persist.

So, a unique, real-life opportunity now exists. Recasts often fall into the suspension of disbelief category, as fans accept another actor playing the same on-screen person. The characters do not notice the physical difference, which is part of entertainment magic.

The Young And The Restless Spoilers – Is Bobby DeFranco Dead?

Might TBTB choose to revisit Bobby Defranco (who Burgi was actually playing, after taking his friend’s, Ashland, name, and identity)? That character is believed to have died in a fire following a car crash. But maybe he lived, like Adam Newman (Michael Muhney to Justin Hartley recast in 2014) and others, like Victor Newman (Eric Braeden), did?

Having Newman assume Burgi’s role could open a new creative opportunity. Bobby could return to challenge the man who stole his identity and left him to die. Alternatively, Newman could be playing Bobby in a reveal that would need to be carefully plotted to be accepted by the discerning audience.

90 Day Fiancé: Why David And Annie Still Don’t Have A Baby