90 Day Fiancé: Jovi Dufren Reveals Working On Something For International People To Date 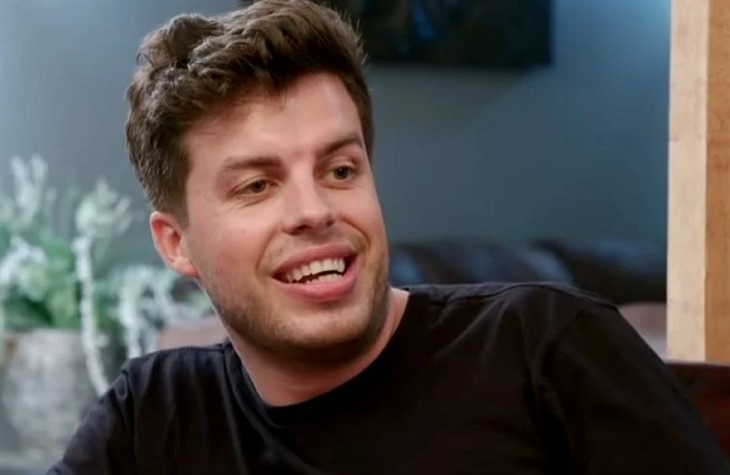 “90 Day Fiancé” alum Jovi Dufren has teased his fans about a new business plan he’s working on with his wife Yara Zaya and it would be for people from all over the world who want to date.

The dynamic couple has been working on something close to their hearts are they are a living testimony of the success of dating online. Jovi and Yara’s love story started when the ROV supervisor got bored in one of his work trips on the sea which led him to try an international travel app where he met Ukrainian native, Yara Zaya.

Although Yara lied to him at first about his hobbies like surfing and playing tennis to impress her guy, the two ended dating and traveling with their first date being “very awkward” as the fashionist Yara was very unimpressed by the way the New Orleans native dressed in a “so ugly jacket.”

Jovi and Yara tied the knot in February 2020 and have continued traveling through the United States with their first child, Mylah whilst under the restrictions of the pandemic. The power couple continues to update their fans on social media, with Jovi’s latest announcement about a new business idea they have been working on.

On his Q&A session on Instagram, Jovi revealed they’re working on a “solution” when a fan asked him if he and Yara meet in any dating apps. Jovi revealed that the app they used to chat is no longer available in the market and revealed that: “We have actually been working on something to bring international people together since there’s not much out there. So we decided to come up with a solution.“

Fans will have to wait if this new dating solution will help them with their needs to connect with like-minded people all over the globe, and how will it differ from the other available apps that are booming in the market today. Lately, the couple received flak from the TLC fans when Yara established her online clothing store and followed by her online make-up line. Fans pointed out she’s selling overpriced items which are allegedly sold from a Chinese market that is available for a way cheaper price. She was also slammed for lying about the ingredients of her products, claiming they are vegan, while some contain beeswax.

When Yara was criticized by fans about her business ventures, Jovi was quick to defend her wife online. But when they started dating years ago, Jovi didn’t give the same attention to her.

Jovi was addicted to drinking and strip clubbing while the Ukrainian beauty hated all of it. It also became one reason for their arguments that threatened their relationship when Yara thought of going home to Ukraine and leaving Jovi behind.

The father of one recently touched people’s hearts when he uploaded a compilation of video clips from his past days getting “wasted” to his present situation, babysitting Mylah and tying her hair while his baby is brushing her doll’s hair.

The reality star stated in the captions that although his life has changed drastically, he “wouldn’t have it any other way” and clarified that he’s had his “fun” while the song titled “Better Now” plays on the background, describing how Yara and Mylah turned his life for the better.

Fans flooded the comment section with praise, telling him that maturity looks good on him, and how he’s grown so much to be a good husband to his wife, and the best father to his daughter.