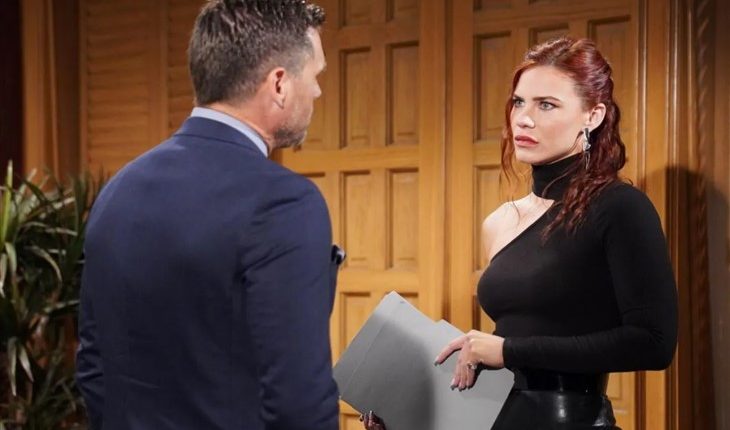 The Young and the Restless (Y&R) spoilers for Monday, December 5, 2022, reveal Nick’s shock when he realizes what Sally and Adam just did.

The Young And The Restless Spoilers – Newman Brother Jealousy

There was no way that kiss between Sally Spectra and Adam Newman was going to end anywhere but in a bed. And that’s exactly what happened, which makes Adam happy and confuses Sally more than ever before. She is further shocked and confused when Nick Newman walks in after Adam walks out.

Sally’s slight state of undress and messy hair gives away the game and he knows that Adam and Sally slept together. Nick is hurt and shattered, and also angry, especially when Sally admits she had been lying to him and herself and she does indeed have unresolved feelings for Adam.

However, she wants to be with Nick because she (mistakenly) thinks he is the more stable choice. Well, after knowing how Sally feels about Adam, he is not so sure he wants to be with Sally anymore because he is not about to play second fiddle. Maybe he should have thought of that before he got involved with Sally.

The Great Victor Newman (Eric Braeden) doesn’t understand how things could have gone so wrong between Abby Newman Chancellor and Chance Chancellor. Why are they suddenly divorcing when they struggled so hard to be together?

Since Abby refuses to tell him, he goes to Chance and demands answers. Will he get any? And, if he does, how much will learning that Abby slept with Devon Hamilton shock Victor? He loves Devon like a son and he is Dominick’s bio dad, but he never expected anything like this to happen.

Diane Jenkins doesn’t know what to do about the Jeremy Stark situation and Jack Abbott certainly doesn’t like seeing the man in his home. However, Diane feels she has to give him what she wants to stay alive. How long can she keep this game up before somebody gets seriously hurt? Stay tuned to The Young and the Restless weekdays to see how these stories play out.