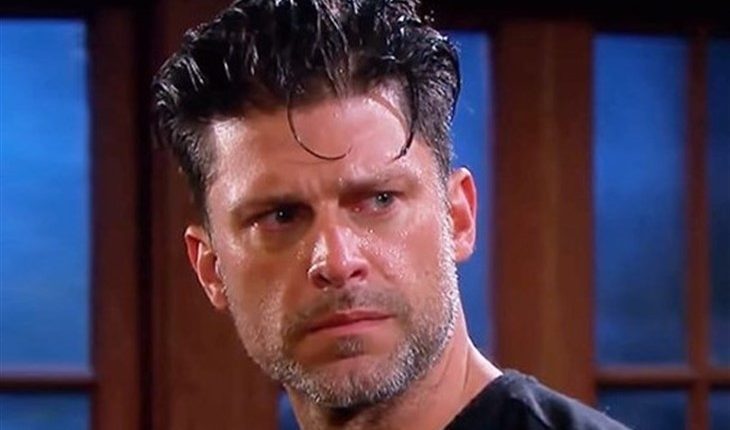 Days of Our Lives (DOOL) spoilers for Monday, December 5, 2022, reveal both Eric and Nicole continuing to do some really dumb things.

Days Of Our Lives Spoilers – Eric Brady Off The Wagon?

Eric Brady (Greg Vaughan) just had a no-good-terrible-bad week that ended with him downing a shot of whiskey, which isn’t good for an alcoholic who once served time in prison for mowing down his best friend while drunk.

After all, he thought he had another chance of becoming a father and that all changed for him when Jada Hunter (Elia Cantu) admitted that she had an abortion. He didn’t take the news very well, especially after learning Nicole Walker (Arianne Zucker) may have played a part in Jada’s choice to end her pregnancy.

Then, he got Nicole to admit that’s what she was going for. When he took a drink and then spotted Nicole out with EJ DiMera (Daniel Feuerriegel), we knew things were going go even further south and that’s exactly what’s set to happen on Monday. As for Nicole, she is all ready to move back into the DiMera mansion now.

Alex Kiriakis (Robert Scott Wilson) was certainly disappointed when Stephanie Johnson (Abigail Klein) was forced to cancel their date because she had to work late. What he doesn’t expect is to see her with Chad DiMera (Billy Flynn) laughing and smiling. Of course, this is over a work thing but this doesn’t mean he doesn’t misread the situation and then go make a Nicole-sized mistake.

Leo Stark (Greg Rikaart) was thrilled when Sonny Kiriakis (Zach Tinker) gave him a job at Titan again and couldn’t believe he’d give him a second chance like that. However, it looks like he is about to blow it when Leo does a very Leo-like thing.

Days Of Our Lives Spoilers – More Manipulation For Kristen Dimera

Kristen DiMera (Stacy Haiduk) believed that living with Brady Black (Eric Martsolf) again would make them a family with Rachel, just like she and Rachel longed for, but Brady doesn’t want to have anything to do with her. Well, Kristen sets off to remedy that and it can’t be a good thing. Stream Days of Our Lives weekdays on Peacock by 6 am EST to see how these stories play out.