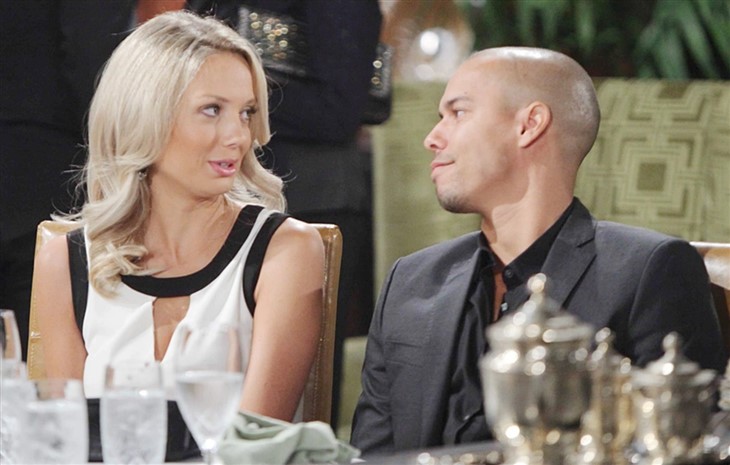 The Young and the Restless spoilers show that Abby Newman (Melissa Ordway) and Devon Hamilton (Bryton James) broke Chance Chancellor’s (Conner Floyd) trust when they slept together, and effectively ruined both of their relationships.

While we’ve been mainly focused on the marriage between Abby and Chance, let’s not forget that Devon was with Amanda Sinclair (Mishael Morgan) when she also walked in and saw Abby and Devon together. The moment shocked not only them, but also the viewers, and now, Chance is wanting a divorce (obviously). Of course, though, Abby is a Newman, and they are perfect people. Just ask Victor Newman (Eric Braeden).

The Young And The Restless Spoilers – Chance Chancellor Is Playing Mr. Nice Guy

The Young and the Restless spoilers say Chance has told Abby that he isn’t telling people what happened and doesn’t have an issue staying quiet about what happened. Come on Chance! Why are you playing Mr. Nice Guy and letting her get away with this? Imagine if it had been Chance who cheated… can you imagine the reaction from Abby and Victor? They would have been hysterical.

I want Chance to put his boots on and walk the walk. Stick it to the Newmans and let them know that they can’t just do whatever they want with no consequences, there has to be something bad that happens to them. Otherwise, they just get away with everything!

Y&R Spoilers – Does This Mean A #Dabby Relationship?

I have no idea what their relationship name will be, but for now, we’re going with Dabby, because Devy sounds even weirder somehow and Abvon just doesn’t make sense. Anyways, I think this is setting up the storyline for a Dabby relationship and Abby and Devon will be together.

Not only will they be able to sleep together without trying to sneak around, but they’ll both be with Dominic. The way that they cut out Chance from the whole baby storyline and went on without him has always bothered me, and now, the blowback from that is in full effect.

I think you should prepare yourselves for the new couple, Devon and Abby, because it is coming and I don’t think there is anything we can do about it.

What do you think? Will Abby and Devon begin a relationship and be parents to Dominic together? Should Chance go against the Newmans and tell everyone the truth about Devon and Abby? Share your thoughts and remember to keep watching the CBS soap to see what happens next.