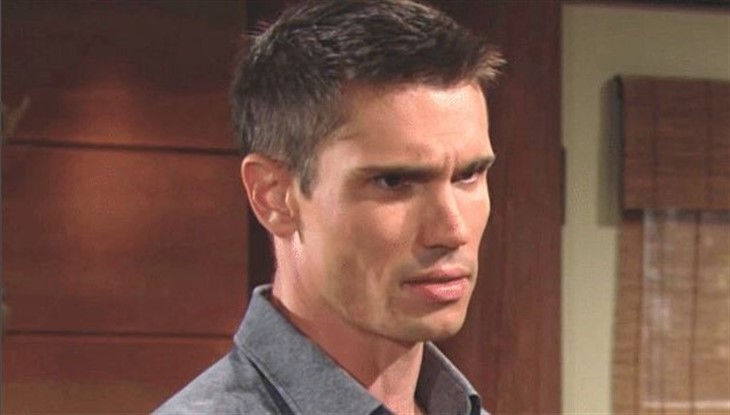 The Bold and the Beautiful (B&B) spoilers for Monday, December 5, 2022, show Finn being brought back into the spotlight as focus stories seem to transition again.

Well, he didn’t get a normal wedding. He just got his own wife, Steffy Forrester Finnegan (Jacqueline MacInnes Wood), speaking now and not holding her peace because she knew the marriage would be based on a lie and she couldn’t let that happen. Finn had a peripheral role in the scheme of things and mainly just kept the kids out of earshot of the adult machinations, but he is about to get his own story again. Hooray!

B&B Spoilers – Steffy Forrester’s Not Done With Her Anger

Spoilers say that Finn is absolutely stunned on Monday, but what is he stunned about? There can be so many things. Perhaps Steffy is pregnant again, which would make her much like the actress who plays her. Maybe Steffy is keeping another secret she doesn’t want him to know.

Of course, this could also have to do with the biological mother who shot him and left him for dead who he thinks was mauled by a bear that chewed off her toe. Little does he know she is alive and well and has been living with Deacon Sharpe (Sean Kanan) for months on end.

It looks like he is going to still believe she is dead because he is about to get what is allegedly the last of Sheila’s remains. But will that give him a clue to the truth? It’s time that Sheila and Deacon’s little secret came to light so who better to discover it than Sheila’s own son? At least we are about to get a whole new storyline.

Her disguise is pretty bad, but Deacon even slept with Sheila and still didn’t know it was her until he saw the missing toe. Stay tuned to The Bold and the Beautiful weekdays to see how these stories play out.