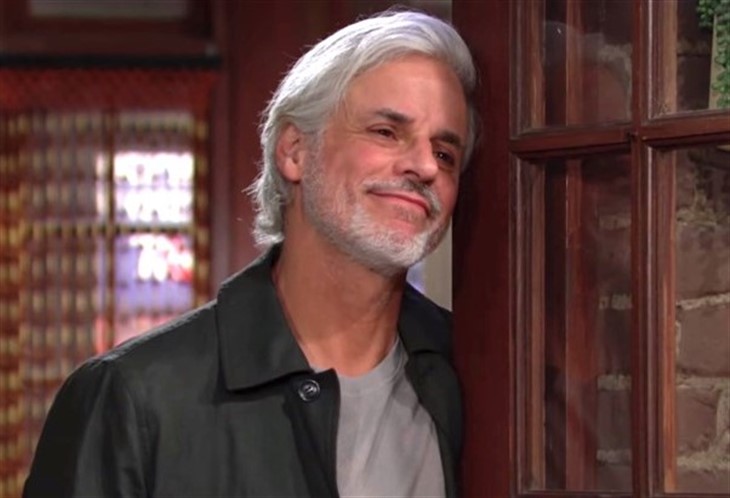 The Young and the Restless (Y&R) spoilers reveal that Michael Baldwin (Christian LeBlanc) escaped Peru and ended up in San Diego. Michael didn’t let Lauren Fenmore Baldwin (Tracey E. Bregman), or Victor Newman (Eric Braeden) know he was safe. Instead, Michael called Kevin Fisher (Greg Rikaart) for help. Michael told his story of escaping Peru but is it even true?

The Young And The Restless – Kevin Fisher’s Secretive Trip

Y&R spoilers reveal that in Tuesday’s episode, Kevin left town on a last-minute trip to San Diego. Kevin returned after not telling Chloe Mitchell (Elizabeth Hendrickson) any details. Kevin had Michael with him. Although Lauren was relieved to see her husband safe, Michael and Kevin both had a lot of questions to answer.

For one thing, Chloe was left completely in the dark. As for Lauren, she didn’t understand why Kevin didn’t say anything about going to rescue the missing man. Then, Lauren tried to get Michael to tell her why he didn’t call and say he was safe.

The most interesting part of the episode was listening to Michael tell Victor his story. Even Victor didn’t realize that Michael was back in Genoa City. As far as Victor knew, Michael was still missing in Peru. Although Michael had an amazing story, that might be all it was… a story.

Michael claimed that he was arrested on false charges of cross-border espionage. Michael is sure that Ashland Locke (Robert Newman) was responsible for it. However, this is where the story gets weird.

The Young And The Restless – Wild Story Of Escaping Peruvian Prison

The Young and the Restless spoilers reveal that Michael claims he was able to get a Peruvian prison guard to give him back his passport. Then, that guard allowed Michael to escape and even gave him the name of someone who could help him get home. Michael claimed that he had to do some scrambling to get himself on a boat, which took him to San Diego.

When Victor and Lauren both asked why he didn’t call the minute he arrived in San Diego, Michael had an excuse. Michael claimed that he didn’t know if Ashland had their phones tapped. So, Michael didn’t feel it was safe to call Victor or Lauren but did reach out to Kevin.

All Kevin could tell Chloe was that Michael needed his help, so he went to San Diego. However, Michael kept looking over his shoulder every few minutes the entire flight home. Michael didn’t even want to stop anywhere to clean up before seeing Lauren.

So, for him to make up a wild story like this must mean there is a reason. Michael wouldn’t betray Victor if only his own life was threatened. However, Michael might if Lauren or another loved one were in danger.

Do you believe Michael’s crazy story? Is Michael lying and if so, what would possess him to make something like this up? Could Lauren or another loved one be in grave danger?