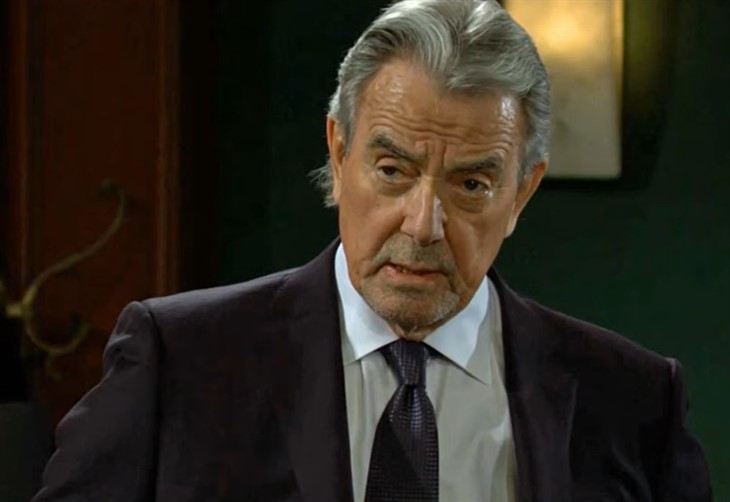 The Young and the Restless spoilers document that Victor Newman (Eric Braeden) is having his daughter watched. He does not trust Ashland Locke (Robert Newman), which makes total soapy sense.

Nikki Newman (Melody Thomas Scott) is equally concerned. Thankfully, she is close to her at work. That should allow instant intel to be provided to Victor when he needs it.

However, everyone is proceeding on the basis that Ashland has deceived them. But what if he was set up?

Victor has pronounced, on multiple occasions, that he never trusted Ashland. But the Moustache went along with Victor Newman Locke’s (Amelia Heinle) plans because he felt Ashland loved her.

The praise Victor is heaping upon himself does not fully match with his past behavior. If he truly distrusted Ashland, then why did he allow the merger plan to be realized?

As viewers recall, Victor questioned Ashland’s illness before the wedding. So, if he was not convinced the man was lying about having cancer, then why did he allow him to merge himself into Newman Enterprises?

Victoria is likely hedging her bets. She now feels that her husband betrayed her trust. But she also knows that her father has a terrible track record, with the mention of having her arrested on her wedding day is just one of many brutal incidents in their rough family history.

So, why not play along with Ashland’s game just in case he was set up? Victoria seems to think she has nothing to lose.

Billy Abbott’s (Jason Thompson) ask to her, about Ashland exhibiting any form of violence, was justified. No one knows what Newman’s character could be capable of if he lied about having cancer.

Hopefully, Billy’s protective instinct is not realized the future. Devoted fans recall when J.T. Hellstrom (Thad Luckinbill) went off the rails and became violent. No one wants to see a storyline that revisits that unseemly topic.

The Young and the Restless Spoilers – Ashland Locke An Indefinite Resident?

If Ashland is as horrible as Victor believes, Braeden’s character will find a way to force him out of the family business. Whether Ashland leaves Genoa City, Wisconsin, is a different calculation.

Hopefully, Newman was hired to be a permanent part of the GC scene. It would be great for the fans if this beloved daytime legend is part of this iconic show indefinitely. For that to happen, Ashland needs to have a believable plot path forward.