Y&R Spoilers: Will Ashland Meet His End At Victoria’s Hand, In Self-Defense? 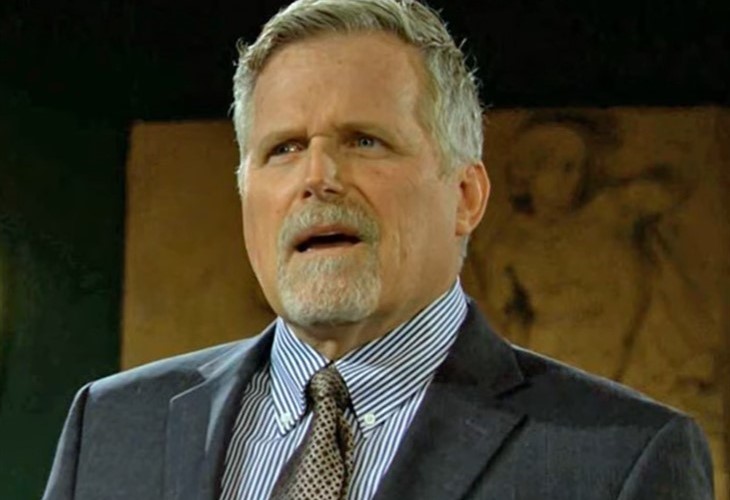 The Young And The Restless Spoilers – Victoria Newman-Locke Has Been Under A Lot Of Stress, Followed By Heartache

Viewers of The Young and The Restless will recall that Victoria has been under a lot of stress, followed by heartache with Ashland alone, not to mention the past years leading up to that relationship and marriage. Plus, Victoria has been in a life or death situation in the past couple of years which surprisingly enough, didn’t give her flashbacks to her previous abusive marriage; viewers will recall that Victoria was stabbed by Amanda Sinclair’s (Mishael Morgan) stalker, Ripley Turner (Christian Keyes).

It took months for Victoria to get back on her feet; and before that, longtime viewers of The Young and The Restless will remember she was terrorized in her abusive marriage to JT Hellstrom (Thad Luckinbill). Victoria’s marriage to JT, even though it gave her a son, Reed Hellstrom (Tristan Lake Leabu) was violently abusive, and in the end a brain tumor was removed from JT that had been deemed to cause his violently abusive behavior.

Y&R Spoilers – Ashland Locke Cannot Blame His Behavior On Anything But Himself!

Viewers of The Young and The Restless know that unlike the JT Hellstrom situation, Ashland cannot blame his own bad behavior on anything but himself – even if he did start exhibiting brain tumor symptoms, no one would believe he wasn’t faking! Viewers of The Young and The Restless, as well as Victoria has realized, that Ashland is nothing but lies – they are his stock and trade, and who knows what really happened years ago in that car wreck where Bobby DeFranco became Ashland Locke?

Bobby De Franco could have murdered his friend and staged the whole thing to take over his identity, and that does not bode well for Victoria; the “Locke Ness Monster” could be more like a Dr. Jekyll and Mr. Hyde combination as most abusers are! Victoria could find herself in a dangerous situation where the monster might reveal himself with deadly force, and even if he’s just all mouth and threats, Victoria could flash back to JT and strike back with deadly force herself!

Another way Victoria’s ending Locke’s reign of terror may play out is if they were to get into such a violent argument that he would have a heart attack, and Victoria would simply let him die and not call for help! Viewers of The Young and The Restless will remember his heart trouble was for real because those were the records Dr. Nate Hastings (Sean Dominic) looked at and found no cancer.

However, faking another heart attack would definitely be in Ashland’s wheelhouse in order to elicit sympathy from Victoria, hoping for reconciliation. No one would blame Victoria for waiting it out to see if he was faking or not considering what has been happening with the faked cancer diagnosis recently on The Young and The Restless! Or, Ashland may truly turn into a monster reminiscent of JT as Billy Abbott (Jason Thompson) and Nate were both worried about, and then of course Victoria would have to defend herself and she could really flip out too with flashbacks of JT coming after her!