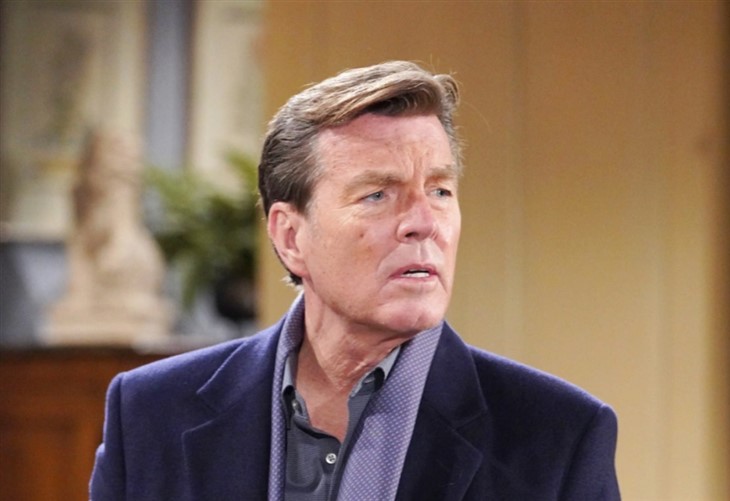 The Young and the Restless spoilers reveal that there are three must-see moments next week. From March 28 to April 1, Jack Abbott (Peter Bergman) faces Diane Jenkins (Susan Walters). Victoria Newman-Locke (Amelia Heinle) forgives Ashland Locke (Robert Newman), but is it genuine or a scheme? Plus, Michael Baldwin (Christian LeBlanc) turns up alive.

The Young And The Restless Spoilers – Facing Diane Jenkins

Y&R spoilers reveal that one must-see moment features Diane. Jack returns to Los Angeles and bonds with Allie Nguyen (Kelsey Wang). Jack shares what happened between him and Keemo Abbott (formerly Philip Moon). It is suggested that Allie will learn that it was a complicated situation with extreme emotions. When Allie hears Jack’s story, she could decide to give him a chance.

However, that all blows up when Diane shows herself to Jack. That is when Allie learns that she was deceived by “Taylor Jensen.” It is teased that Allie will panic and refuse to get involved in the messy situation.

Back in Genoa City, the Newman family is concerned about Victoria. Things really get intense when Victoria is approached by Ashland. The master manipulator tries to smooth things over with Victoria. Expect “Ashtoria” to share an embrace. However, it is clear from Victoria’s face that she still doesn’t trust her husband.

The Young And The Restless Spoilers – Manipulating a Manipulator

The Young and the Restless spoilers reveal that Victoria puts Victor Newman (Eric Braeden) in his place. Victor and Nikki Newman (Melody Thomas Scott) want to help Victoria deal with Ashland. However, when they learn Victoria has forgiven Ashland, they are horrified.

That is when Victoria hints that all is not as it seems. Victoria seems to have a plan in place and one that will allow her to get revenge on Ashland. Despite the Newman family wanting to take control, Victoria states that she is going to handle it her way without any interference.

Another must-see moment next week features Michael’s return. Not only is Michael safe and sound, but surprises Lauren Fenmore Baldwin (Christian LeBlanc). It will be a joyous and relieving homecoming. However, what happens when Ashland learns that Michael is back? Will Ashland try to keep Michael from saying what happened to him in Peru? Could Michael be in grave danger?

What do you think Victoria is planning for Ashland? Could Michael be in danger when he returns from Peru? What does the future hold for Jack, Diane, Allie, and Phyllis Summers (Michelle Stafford) Share your thoughts and remember to keep watching the CBS soap to see what happens next.