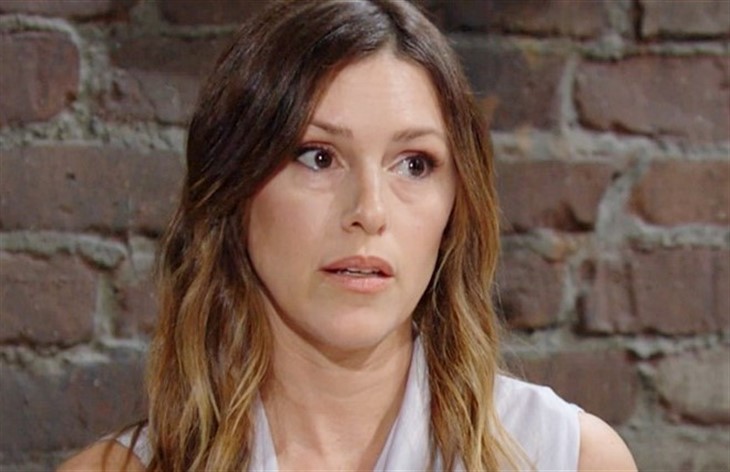 The Young and the Restless (Y&R) spoilers reveal that Chloe Mitchell (Elizabeth Hendrickson) has already exploded over her teammates’ rivalry. Chloe is forced to listen to Chelsea Lawson (Melissa Claire Egan) venting about Sally Spectra (Courtney Hope) once again. However, a major power shift at Newman Media could squash the fashion division.

The Young And The Restless Spoilers – Chloe Mitchell’s Vision

Y&R spoilers reveal that when Adam Newman (Mark Grossman) offered Chloe a job, she was skeptical. Adam and Chloe aren’t exactly friends, especially after everything that Chelsea’s been through. Chloe went ahead and accepted the position because she needed the money. At the same time, she was excited to team up with Chelsea once she was back in Genoa City.

While waiting for Chelsea to come home, Chloe approached Sally with an offer. It was perfect timing as Sally had just lost her job with Lauren Fenmore Baldwin (Tracey E. Bregman). Chloe had a vision that they would make a dynamite team. Chloe did know there might be some competition and issues between the two, but truly believed it wouldn’t turn into a major issue.

Chloe was wrong, though. Ever since Chelsea came back and agreed to work at Newman Fashion, it’s been a nightmare. Instead of getting any work done, Sally and Chelsea are either complaining about each other, threatening each other, or obsessively trying to win Adam’s heart.

Chloe knows that the rivalry is affecting business. If it doesn’t stop soon, then Newman Fashion will die as quickly as it went viral for Victoria Newman-Locke’s (Amelia Heinle) wedding dress. In fact, Chloe warns Chelsea about what will happen to their jobs before storming out.

The Young And The Restless Spoilers – Major Power Shift Ahead

The Young and the Restless spoilers reveal that co-executive producer and head writer Josh Griffith spoke to Soap Opera Digest about the storyline. The scribe explained that there are more problems ahead work-wise for Chloe, Sally, and Chelsea. There is a major power shift at Newman Media.

“A major shift in power at Newman Fashion will force Chelsea and Sally to decide if they can put their differences aside for the good of the company.”

Chelsea and Sally could work together if they would stop acting like toddlers and put all their energy toward work. The two could even be determined to do their best. However, that will be easier said than done. It sounds like Chloe might have to make a difficult decision if she wants Newman Fashion to continue… either let Sally go, terminate Chelsea’s contract, or say goodbye to them both.‘