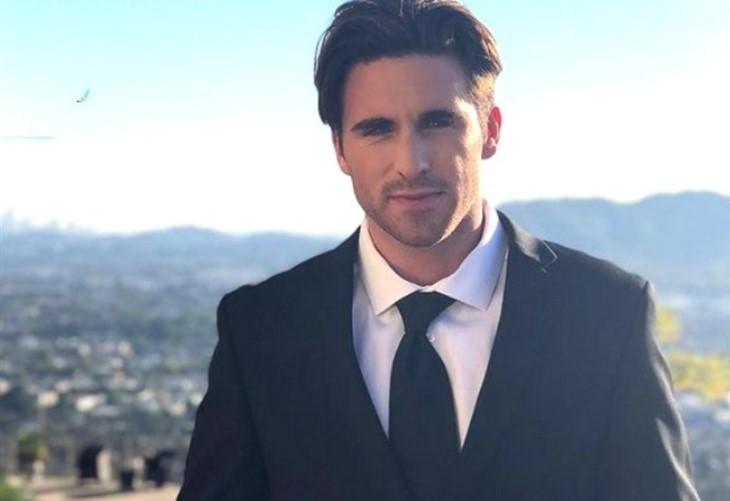 The Young and the Restless spoilers reveal that Conner Floyd is still a newcomer to the CBS soap. The actor was chosen to play the new Chance Chancellor. Even though Abby Newman-Abbott-Chancellor (Melissa Ordway) has her husband back and a new baby, her life is spinning out of control. Could Chance’s recent scenes indicate a temporary exit?

Y&R spoilers reveal that Abby was devastated when she was told that Chance died in an explosion. Abby was already struggling to adjust to being a new parent to Dominic Newman-Abbott-Winters-Chancellor (River and Rainn Ware). Then to be told Chance was dead was just too much.

Chance clearly had issues when he first came back to Genoa City. Abby truly thought that Chance just needed a bit of time and he would be fine. However, Chance hasn’t gotten better. Instead, he seems to be getting worse. Chance is beginning to have terrifying nightmares that have him wake up screaming. Chance is having issues bonding with his son and feels there is a fatherhood void in him.

The Young And The Restless Spoilers – ‘Chabby’ Divided by Custody

The Young and the Restless spoilers reveal that Devon Hamilton (Bryton James) knows about Chance’s issues. Devon is trying to get shared custody of Dominic. Abby fought it but then Chance made a confession that stunned her. Chance seems to think that he’s not able to give Dominic the love that a father should.

Chance believes that they should accept Devon’s terms in the custody battle. Abby reluctantly agreed with Chance, but she could have a change of heart. Abby just doesn’t feel that this is the right decision for their family.

Some fans believe that the custody issue could tear Chance apart. That is possible, but there is a more likely possibility. Perhaps Floyd makes a temporary exit so Chance can get in-patient treatment for his PTSD. It was recently reported that Floyd is working on a new movie. So, he might take some time to work on that other project.

Of course, nothing has been confirmed yet, but it seems Chance getting psychiatric help is where this storyline is headed. The question is, will “Chabby” be stronger than ever if and when Chance returns? Or was Chance siding with Devon a dealbreaker for Abby?