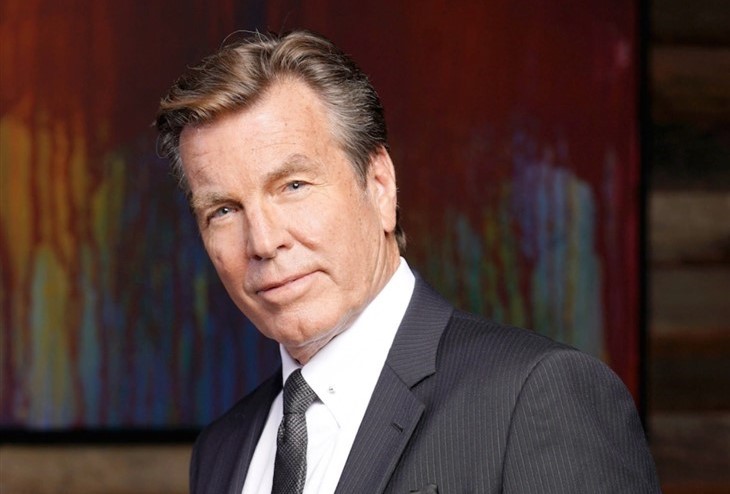 The Young and the Restless (Y&R) spoilers reveal that for the week of January 24, 2022, we have great news to share about Peter Bergman who plays Jack Abbott.

It’s been reported that Peter Bergman will resume taping scenes on Friday, January 28. The character was swiftly written off camera due to the actor experiencing emergency surgery for a detached retina. With the taping schedule in mind, fans should expect to see Jack back in action next month. Will he return to a very special Valentine in February?

The Young And The Restless –  A Return by Peter Bergman

Jack Abbott is as synonymous with the CBS sudser as is his arch enemy Victor Newman (Eric Braeden). Through the years these two giants of daytime have wrangled and wrestled, entertaining fans with an epic animosity that has driven multiple storylines.

One of those involved bad boy Victor substituting a Jack imposter after the Abbott married Phyllis Newman (Michelle Stafford). That was not a nice thing to do. The whole escapade was far fetched to say the least, and fans were furious that Phyllis was made to look like a dunce for not knowing Jack was not Jack.

In the end the horrible ruse was exposed and Phyllis and Jack tried to make the best of it. Yet neither was fully able to move on. Jack felt betrayed and Phyllis had bad memories of the nightmare in which she gave herself completely to an imposter.

That was years ago and in the present day fans are still waiting for Jack to find his epic romance, as promised by the show. The Teardrop of Love story came and went and Jack still is a single and ready to mingle bachelor. The writing on the wall seems to say that Phyllis and Jack will reunite, bad news for Phick fans and good news for Phack fans (try saying that three times fast). Phick are no more and when Jack comes back will it be straight into the arms of Red? Tell us what you think happens next for Jack Abbott Y&R fans! Do you want Jack and Phyllis reunited?