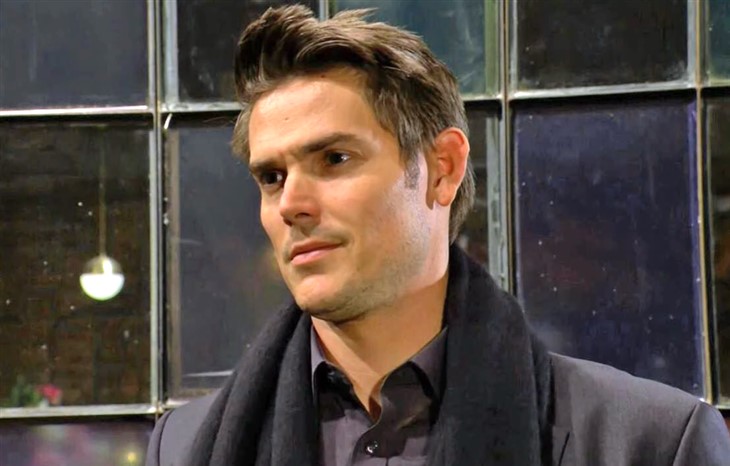 The Young and the Restless (Y&R) spoilers document that Adam Newman (Mark Grossman) is becoming anxious. He is allowing Victoria Newman Locke’s (Amelia Heinle) insecure prodding to unnerve him. Plus, he has employee issues at Newman Media.

Victor Newman’s (Eric Braeden) suggestion to Adam that Newman-Locke would be a more powerful entity if it acquires the startup media company is unnerving. Adam has enjoyed proving himself to his father away from his sister’s glaring eyes.

If Victor agrees to accept Victoria’s pitch, Newman-Locke will purchase Newman Media. Why would Adam want to stay on board and work for Victoria if that happens?

The Young And The Restless Spoilers – Pitting Newman’s Against Each Other?

The conversation produced what should be a lasting truce. Nick got Victor to acknowledge that he has repeatedly heard similar complaints from his children about his parenting skills, a cliched phrase that simplifies and undermines the art of raising human beings that are one’s own.

Victor demonstrated humility, something the modern version of the Moustache does. He did so by telling Nick that he was a better father than him.

Newman Media is not a vanity project. Instead, it was a way for Victor to force himself to keep busy. That allowed him to not snoop on Victoria, as he knows would have happened.

Tapping Adam to head the upstart company was another smart move. Victor has been able to keep Adam close, where his son wanted to be. That enabled a guiding hand to keep him steady.

So, Newman Media was not about pitting children against each other, as would have been true if Victor would have hung around at Newman-Locke and then coerced Adam into some corner office. A successful follow-through will not force Adam to work under Victoria at any time shortly, either.

Adam has proven, over what has become an extended period, that he wants to be a better man. He wants to be a good role model for Connor Newman (Judah Mackey), demonstrate to Chelsea that he learned from his mistakes, and prove loyalty to the Newman family.

Allowing himself to be triggered, a cliche that transfers responsibility for one’s actions or reactions to another person or people would be a mistake that Adam can not make. Victor is the founder of Newman Enterprises, now Newman-Locke, and a parent to four children, not just Adam.

Crossing the boss could badly damage Adam and Victor’s restored relationship. Alienating his father would play into Victoria’s hands, which Adam must know.