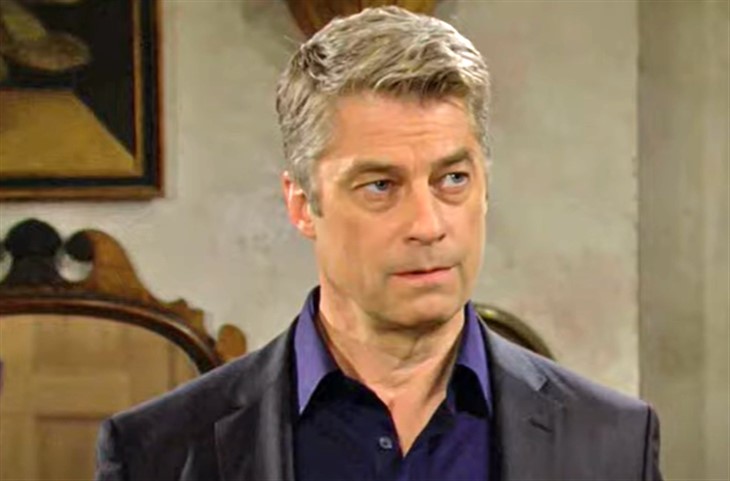 The Young and the Restless spoilers document that Jesse Gaines Junior (Jamison Jones) went round-and-round with Ashland Locke (as then played by Richard Burgi). While he has not been seen for months, Jones’ character is a prime suspect to seek revenge.

As devoted viewers recall, Jesse’s father was fond of Ashland. He was linked to Ashland’s duplicity in stealing Camilla Rhodes’ (no actor cast for this retrospective role) inheritance that was used to create the Locke Communications Group.

Teasers about Ashland’s (as now played by Robert Newman) life being threatened are understandable. But it would be problematic to have any current Genoa City, Wisconsin resident knock off Ashland or even attempt to do so. But that is not the case with a side character like Jesse.

Victor could save a half-billion, erase Ashland from the merged company, and slice off the latest son-in-law if Newman’s character were to go away instead.

Assume that Jesse wants to settle his score with Ashland and exact payback against the Newman’s. In that double twisted instance, Jones’ character could have Ashland taken care of while also framing one of the Newman’s for the crime.

Victoria could be the most likely to be framed based on Ashland’s betrayal of her. Of course, this assumes that Jesse would learn about the fake cancer claim.

Victor and Adam are equally apt to be framed by Jesse. Adam would seem the more likely fall guy, as he is a lesser figure to outwit when compared to the Moustache.

The Young And The Restless Spoilers – Victoria Newman Widowed

If Victoria is no longer married to Ashland through that character’s untimely demise by something other than the terminal illness he claimed, she would likely revert to simply being a Newman.

Despite all that he has done, Victoria still has feelings for Ashland. He is also claiming whatever happened in the past, his love for her is real.

However, Victoria would be freed from what is a dysfunctional relationship if the proposed elimination of Ashland happens. But she would also be devastated because her love for Ashland is genuine.