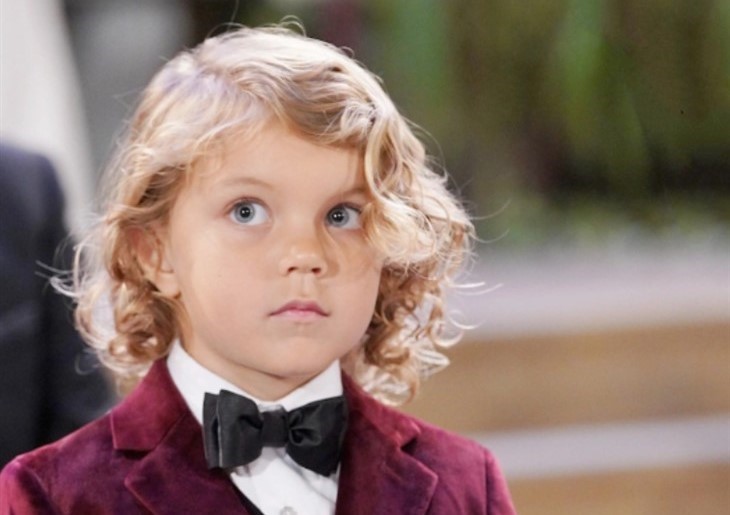 Kyle never knew that Tara Locke (Eliazbeth Leiner) was pregnant. Their connection in New York, during an off-screen period when Kyle and Theo Vanderway (Tyler Johnson) were living a reckless high life, led to Harrison’s birth.

Harrison’s reveal as Kyle’s son stunned Ashland. But he eventually accepted reality and was able to move on because Kyle recognized that Harrison loved Ashland, who remained a part of his life that has now ended violently.

The Young And The Restless Spoilers – Family Values Honored Soon?

For various reasons Kyle has not yet sought to change Harrison’s name. That plot point does stick out.

Ashland divorced Tara after the reveal and her subsequent jailing for illegal business dealings. Leiner’s character has no emotional tie to the Locke name, and Tara has been forcibly away from Genoa City, Wisconsin, since last year.

Viewers must think that Ashland’s death removes another barrier, with Harrison’s biological father needing only to petition the court to apply the Abbott legacy name.

Summer Newman Abbott (Allison Lanier) fully supports her husband. Any outstanding issues with Tara were wiped when she was arrested and imprisoned.

Lanier’s character became Harrison’s mother without the Tara threat and because of the enduring bond to Kyle. Her step status reflects the maturity of the character that Lanier plays.

The recast from Hunter King (Summer) to Lanier has included a noticeable maturation of this character. The process began during the latter stages of King’s long run.

Devoted viewers recall who Kyle used to be. He, like Summer, has matured to a great degree.

The time Kyle and Summer spent in Italy with Harrison helped them to become a family. That process reflects the progress Mealor and Lanier’s characters have made within the last year-plus.

Embracing Diane Jenkins (Susan Walters) was a major step forward, with Kyle quickly overcoming feelings of betrayal. He and his mother have bonded, and her connection with Harrison has aided the process.

Harrison is an Abbott by blood. It is time to secure this boy’s legacy by legally changing his last name from Locke to Abbott on Y&R.