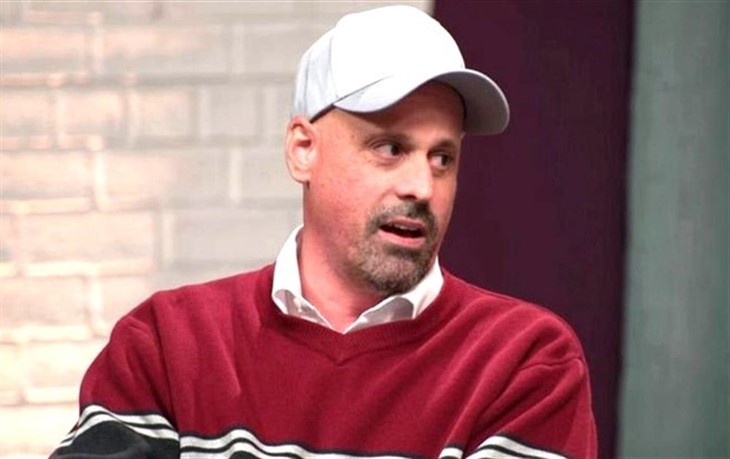 90 Day Fiancé spoilers, news, and updates tease that Gino impressed his followers when he shared an old photo of himself with hair.

Gino Palazzolo stepped foot on the TLC show when he started dating the love of his life, Jasmine Pineda. The two met online until he decided to fly to Panama to finally meet her in person. They were one of the couples who got a chaotic relationship in the show, especially when the Michigan resident sent a nude photo of Jasmine to his ex-wife.

However, they still chose to fix their issues and end up engaged. As of now, the Panamanian beauty is still waiting for her K-1 visa to be approved, so they can start fresh and settle down in the United States. Meanwhile, Gino also made the viewers curious as to why he always wears a cap, but later realized that he was hiding his bald head when Jasmine took off his hat in one episode.

In one of his recent posts on social media, Gino shared a throwback photo of himself wearing an oversized black jacket paired with blue pants. Fans were stunned as he didn’t wear a cap, and most of all, the TLC star has hair. He captioned the post: “This is me in London, England 20 years ago. What an interesting and fun place to visit!”

His followers gathered in the comment section and filled him with compliments, including his fiancée, Jasmine, who wrote: “I want you to take me to Europe. It’s not fair you took women in your past, but not me,” which Gino responded, “Of course, I will take you, silly.”

In one of her recent Instagram stories, Jasmine Pineda shared how Gino lost his mom at a very young age. She posted a throwback photo of Gino and his mom and wrote a message of thanks for giving her an amazing partner in life.

“Gino’s mom died at the age of 34 from cancer,” she wrote. Jasmine also revealed that Gino was still a baby when that happened, and he is still hurt by the idea. In another post, the Panama resident shared a photo of her love and vowed that she will “unconditionally” love him forever.