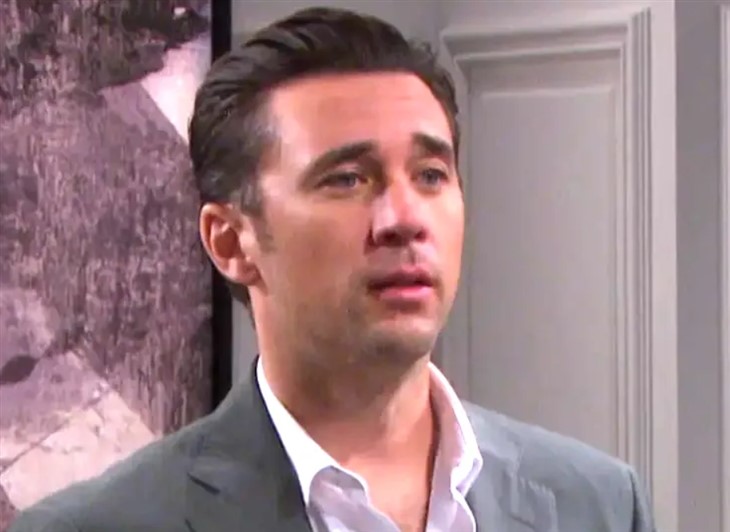 Days of Our Lives spoilers tease that Chad DiMera (Billy Flynn) was recently kicked out of the DiMera mansion by EJ DiMera (Dan Feuerriegel). While Chad is currently staying at the Horton house, that won’t be a permanent solution. Perhaps Chad will accept Sonny Kiriakis’ (Zach Tinker) offer to Chad to move into the Kiriakis mansion. Of course, there is a new Kiriakis family member who has moved into the mansion as well. Sonny’s brother, Alex Kiriakis (Robert Scott Wilson) certainly made his presence known in the short amount of time that he lived in Salem.

Days of Our Lives Spoilers – Chad DiMera and Alex Kiriakis may soon find themselves at odds!

If Chad moves into the Kiriakis house, look for tension to arise almost immediately between Chad and Alex with Sonny square in the middle. The two of them might certainly rub each other the wrong way. And with the arrival of Stephanie Johnson (Abigail Klein) to Salem happening in the very near future, Alex and Chad may soon take their dislike for one another to new levels as they both find themselves attracted to the former race car driver.

DOOL Spoilers – Chad DiMera is still mourning the death of his wife!

At the moment, Chad is still mourning the death of his wife, Abigail DiMera (Marci Miller). He is certainly not looking for love at the moment and may not be anytime soon. This means that Alex may have a leg up in the race to impress Stephanie. But that doesn’t mean that Stephanie and Chad won’t become fast friends, and Alex may have an issue with that especially if Chad and Abigail are working together.

Days of Our Lives Spoilers – Sonny Kiriakis may find himself in the middle!

Sonny is Chad’s best friend and Alex is his brother. If the two of them don’t get along, Sonny will find himself right in the middle. Sonny will do his best to stay neutral but as the competition heats up between Alex and Chad, that may become more and more difficult. And who knows if Stephanie will have a romantic interest in either man, they could end up both falling short!

Will Chad move into the Kiriakis mansion? Will Alex and Chad get along? Or will they end up becoming bitter rivals? Anything can happen in Salem so stay tuned to Days of Our Lives airing weekdays on NBC. And don’t forget to check back right here regularly for all your Days of Our Lives news, information, and spoilers!