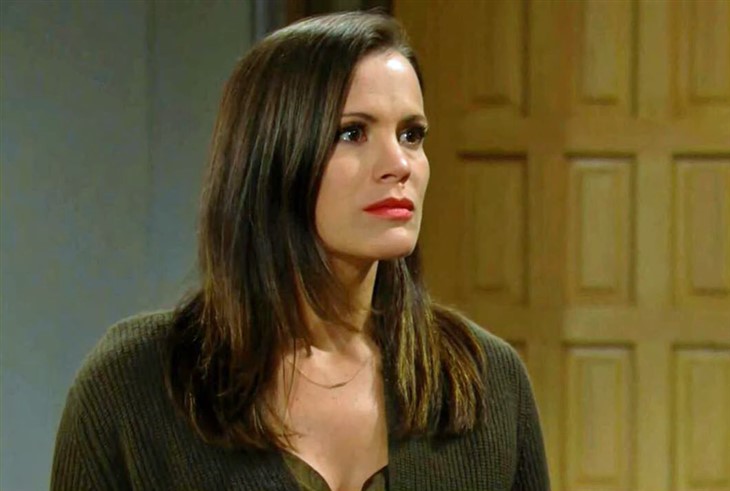 The Young and the Restless (Y&R) spoilers for Thursday, January 13, 2022, reveal Chelsea’s jealousy proving she really hasn’t changed much in the last year.

The Young And The Restless Spoilers – Victor Newman Vs. Victoria Newman…Again

For years, Chelsea Lawson (Melissa Claire Egan) tried to give it a go with other men, even Nick Newman (Joshua Morrow) — twice. But her heart and mind always takes her back to Adam Newman (Mark Grossman). Last year, her jealousy of Sharon Rosales (Sharon Case) caused her to lose her mind and almost commit murder and now she is jealous of Sally Spectra (Courtney Hope).

Adam just doesn’t want her anymore and he does seem to want Sally, so Chelsea now wants Sally out of the way and decides to lay a trap for her. Sally may be as much of a liar and schemer as Chelsea, but she doesn’t seem to be out of her mind like Chelsea so she may want to watch her back with Adam’s ex-wife. Perhaps someone needs to tell her how nuts Chelsea can be. When Chelsea starts pushing Sally’s buttons on Thursday, Sally might walk right into Chelsea’s trap.

Meanwhile, Adam is not happy to learn that Victoria Newman Locke (Amelia Heinle) wants Newman Media. He has been running it and running it fine for months and now his sister just wants to walk in and take over and Victor Newman (Eric Braeden) is actually considering letting this happen. This might become a war between Victoria and Adam, so Victor and Nikki Newman (Melody Thomas Scott) need to step in and keep the family peace before Victor’s two adult children are at one another’s throats.

Ashland Locke (Richard Burgi) knows that Billy Abbott (Jason Thompson) can be trouble. After all, he did everything to keep Victoria from marrying him — to no avail. Now, Victoria wants to scheme with her ex to get a hold of ChanceCom and Newman Media and Ashland has to feel Billy out to see if he can even trust him. After all, this is Billy Boy Abbott we’re talking about. What will he conclude in the end? Stay tuned to The Young and the Restless weekdays to see how these stories play out.

GH Spoilers: Alum A Martinez Pleads With Steve Burton And Others To Get Vaccinated