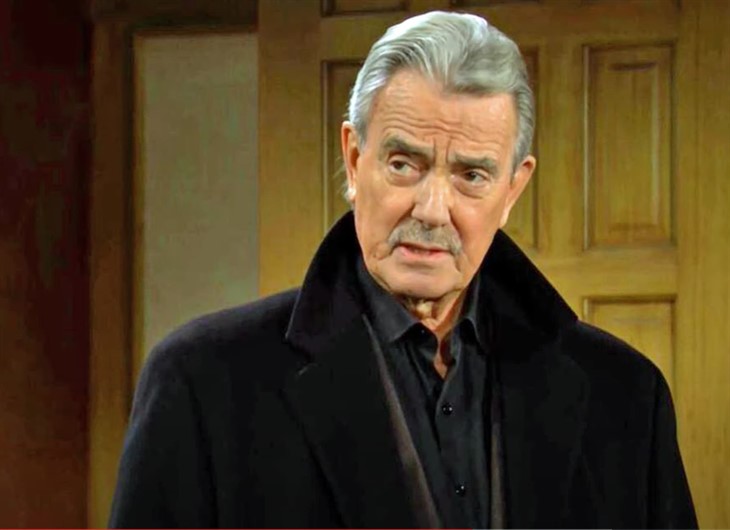 The Young and the Restless (Y&R) spoilers for Wednesday, January 12, 2022, reveal Victoria going to her father with a proposal that will stun him, but will he go for it?

The Young And The Restless Spoilers – Victor Vs. Victoria Newman…Again

Victoria Newman Locke (Amelia Heinle) learned from the best how to be ruthless and cutthroat in business. The Great Victor Newman (Eric Braeden) taught his daughter well and also learned in the last year that he may have created a monster. She blackmailed him to get the Newman Enterprises CEO position and now she wants Newman Media. Who cares if Adam Newman (Mark Grossman) is happy running it and it doesn’t need her help to survive?

Victoria goes to her father with a proposal about why giving her Newman Media is the best move, but does she betray Billy (Jason Thompson) and his secret plans in the process? Victor is not quite sure what to tell his daughter but does say he will consider it. However, Victoria knows that can go either way and she wants what she wants now. Does she have more blackmail up her sleeve? Or is Victor onto her games by now?

Speaking of Billy Abbott and media companies, Lily Winters (Christel Khalil) is protective of what’s hers and right now that is Billy Boy and ChanceCom. And she is watching Victoria and Ashland Locke (Richard Burgi) come after it all.

When Lily gets a hold of Ashland alone, she puts him on notice for the last time. She is in charge of ChanceCom and she runs it with Billy. Even if Ashland and Victoria get a piece of it, that’s how things are going to stay.

The Young And The Restless Spoilers – Will Adam Newman Give Into Temptation?

Over at Newman Media, Adam thinks things are going swimmingly and has no idea his sister and father may have something different in mind for the company. So, he is free to relax and get to know Sally Spectra (Courtney Hope) even better.

As they spend time alone together, Adam grows more intrigued and Sally grows more impatient. Will that lead to something else sooner rather than later? Stay tuned to The Young and the Restless weekdays to see how these stories play out.