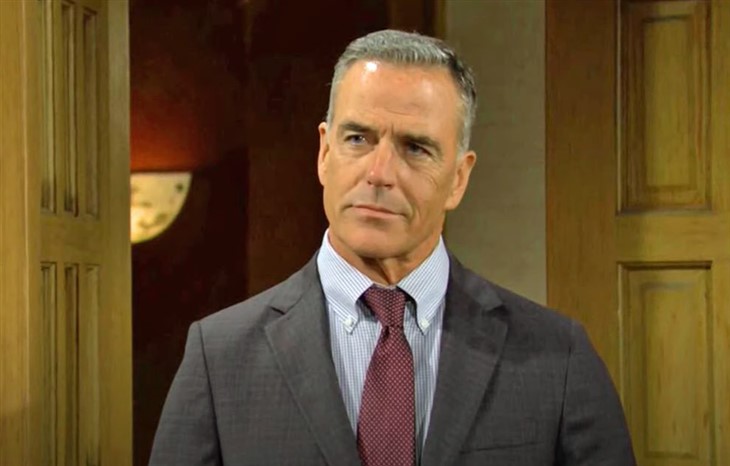 The Young and the Restless (Y&R) spoilers tease the shock news this weekend that Richard Burgi is off the number one rated daytime drama in the role of Ashland Locke. He dropped the stunning news on his Instagram Stories and fans were taken by surprise as it had previously been reported that he was sticking around for a year.

This sudden reversal of fortune has lots of tongues wagging. Our CBS insider is hearing that the character will go out with a bang, and that could be literal as well as figurative.

The Young And The Restless Spoilers – Will Locke Ashland Turn Out To Be A Love Rat?

Our inside source at CBS relays that Ashland will double cross his wife Victoria Newman (Amelia Heinle) and her FIL Victor Newman (Eric Braeden). Now is that anyway to treat one’s brand new bride?

Ashland and Victoria fought against all odds to be together. This May-December romance has been odd in more ways than one—perhaps a double cross was Ashland’s game plan all along? In the beginning he came to town to sell his company Cyaxares. Both Victor and Victoria were interested among other parties including Billy Abbott (Jason Thompson). In the process Victoria caught Ashland’s eye and they ended up marrying in Italy with half of Genoa City, Wisconsin present.

If this marriage seemed too good to be true perhaps that is because it is? Ashland was also presumably dying before he got the good news that things aren’t so dire after all—all the better to swindle the Newmans?

The marriage almost didn’t happen because it was discovered that Ashland was really a fake, phony and a fraud. He took someone else’s identity and name, and someone else’s fortune, hence becoming a titan of industry. You know what they say, once a weasel, always a weasel.

The Young And The Restless Spoilers – How Will Victoria Newman React To Her Husband’s Duplicity?

The Young and the Restless spoilers and rumors predict Ashland will indeed pull a fast one on the Newman’s just as many suspected from the start. This could have Victor wishing he had let his SIL die when he was having a heart attack at the same time he was trying to double cross him, back before the marriage.

The road is about to get rocky Y&R fans, it looks like Ashland will cause a truckload of trouble before it’s all said and done. Tell us how you think the dastardly fellow exits Genoa City!