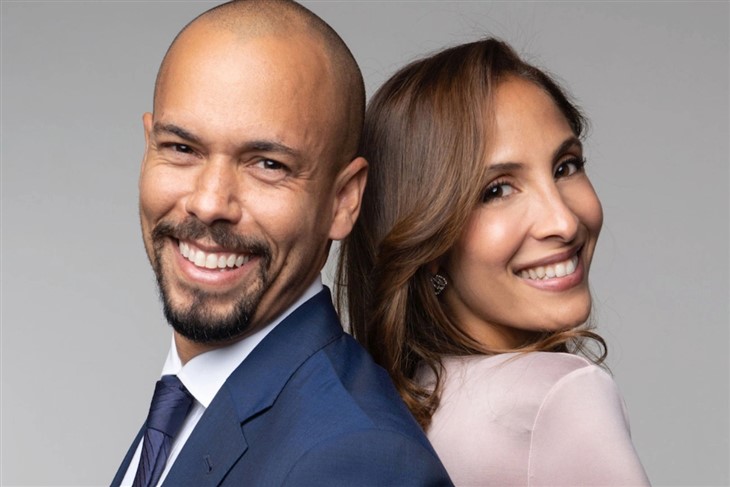 The Young and the Restless (Y&R) spoilers divulge that Bryton James (Devon Hamilton) and Christel Khalil (Lily Winters) had been working together long before they became reel life siblings on Y&R. Today they play brother and sister on the number one rated daytime drama but before that they met as child actors on the set of Family Matters.

They talked to Shadow and Act Live in January 2021 about their special bond and we have the fascinating details for you here. Keep reading to find out how these two talented actors met and how their professional and personal relationships have evolved over the years.

James and Khalil met on the eighth episode of Family Matters in Season 8. According to Khalil, “I first met Bryton–I think I was nine and you [James] were ten, and we did that episode together. We didn’t talk in between that time, we weren’t friends, we didn’t really know each other, but we remembered each other when he screen-tested for Young and the Restless.”

She added, “At that point, I was 16 and you [James] were 17…He loves to make fun of me because I didn’t know my lines on the screen test. And I really wanted him to get the role. I thought he was the best actor, I thought he really fit the part, and of course, we developed this huge friendship on the show and off the show, and now we’re the best of friends…It’s a nice feeling to know you always have someone who…has your back.”

It’s obvious these two share a natural affection for each other as James notes, “We really don’t have to act too much these days, spending that much time together on and off-screen.”

“She’s the closest thing I’ve ever had to a real sister. She’s my best friend [and] it makes it easy, it makes it fun.” Aw!

These days the two onscreen sibs don’t interact too much, but it’s always a delight when they do. As James notes, there is an easy and natural camaraderie between them and usually they are shown supporting each other through life’s trials and tribulations. At the moment that involves Devon’s complicated surrogate father situation and Lily’s relationship with town bad boy Billy Abbott (Jason Thompson).