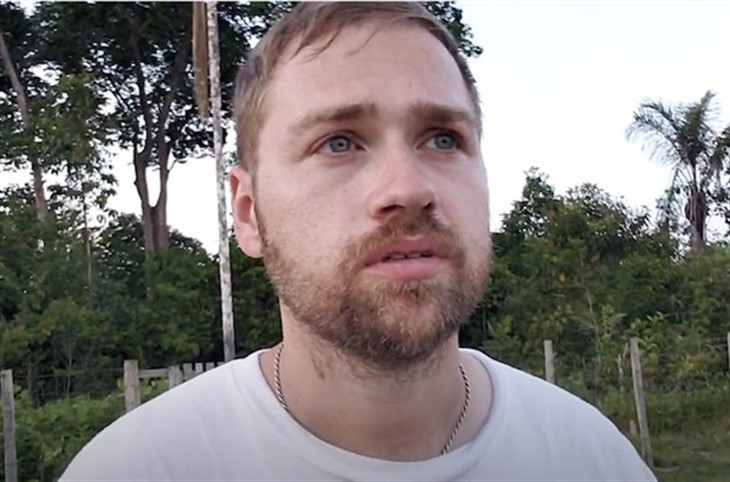 90 Day Fiance alum Paul Staehler gets TLC fans wondering about his sanity. Notably, he’s always been a different kind of guy, but he’s acting very strangely right now. Admittedly, it’s not the first time he did something eccentric, but his latest videos shot in the dark raise a lot of eyebrows. Some fans think he’s completely “batt sh–t crazy.”

Paul Staehle and Karine currently assail each other with wild accusations. Nothing new here folks! However, as he resorted to filming in the dark, fans naturally wonder about his state of mind. It all comes after he leaked a video that apparently showed Karine assaulting him. Since then, he started posting up some very dark videos, and some wild claims.

Next, 90 Day Fiance alum Paul Staehler and Karine got into a custody dispute and she claimed that he took the kids away from her. Meanwhile, he claims she refuses to sign the papers that will allow her access and a divorce. Anyway, fans have pretty much seen those sorts of things so many times, they grow bored with it. However, they do question Paul’s sanity.

Paul Staehler films in the dark, and as another video emerged, fans question why he doesn’t just switch the light on. Well, in his first video, he said something about guns and danger. It wasn’t all that clear, as he also talks in a hushed voice as if he doesn’t want the secret service to listen in. In fact, it looks a bit like a horror movie. As if, at any second, some ghastly thing happens. All that’s missing is the bloodcurdling music, fans agree.

The 90 Day Fiance star claimed that the Sheriff’s office grows tired of the various reports. Well, the news is, fans are also tired of the over-the-top drama. One fan said, “STFU we’re all tired of you’re (sic) drama, it’s not just police.” However, a lot of folks think both of them seem certifiable nut jobs.

90 Day Fiance fans got to talking about Paul Staehler. In fact, Karine didn’t escape their notice, either. One of them wrote, “He is a total nut job. She is too. Kids would be better in foster care.” Then another one opined, “This is a well documented case of 2 total lunatics who should not have access to children. Someone please step in and take their kids.”

This comment also rolled in, “This guy needs serious help. Karine does as well!” In the conversation, one fan just said it out for the folks at the back: “Paul has been batt shit crazy since day one.”