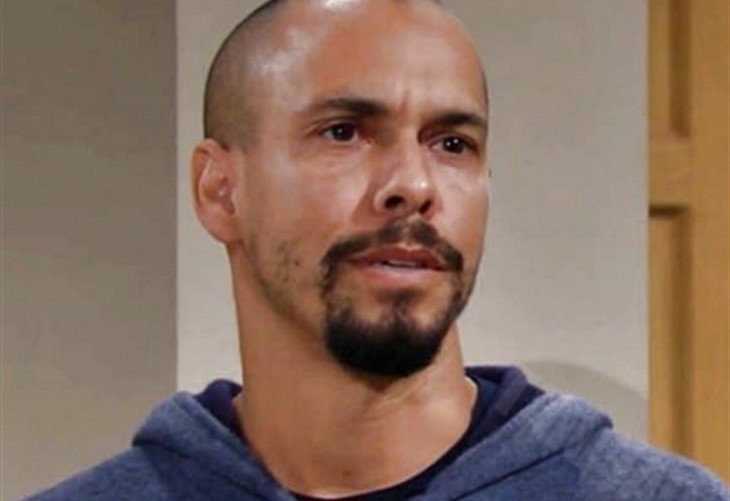 The Young and the Restless Spoilers have shown us Y&R Spoiler fans just what Devon Hamilton (Bryton James) is thinking of doing. Abby Chancellor (Melissa Ordway) had her undeniable meltdown and decided to go to Spain in search of her husband Chance Chancellor ( Connor Floyd). She dumped baby Dominic (unknown) on Devon and hightailed it across the pond. That decision caused Devon to look at Abby and Dominic with new eyes and new intentions about his natural son.

The Young And The Restless Spoilers – That’s A BIG Ask!

Y&R spoilers reveal Devon Hamilton (Bryton James) wants a “slight” contract adjustment about his role in the life of baby Dominic. While asking for private visiting privileges with a sleep over room added might seem like a slight adjustment to Devon, it is a MAJOR adjustment for the Chancellors. The parents of baby Dominic are not feeling this request, and neither are most of us Y&R fans. Devon needs to have several seats! He is asking for way more than surrogate Mariah Copeland (Camryn Grimes) ever did.

Y&R spoilers suggest REAL contract agreement talks might soon be inevitable between the Chancellors and Devon Hamilton (Bryton James). Does the kind of agreement adjustment that Devon wants to have favor him? Amanda Sinclair ( Mishael Morgan), his live-in lover and legal consultant, must think so because she is advising Devon to ask for more participation in the life of baby Dominic.

What is Amanda up to? Here are a few motives she could have for doing this. Both she and Devon missed having their birth dads in their lives as children. Why should baby Dominic have to? Or maybe she enjoyed the two of them spending parental time with the baby. Or could it be that Amanda is starting her new Law firm and of course Devon would be her first client. A high-profile custody case such as this (if it comes to that) would definitely put her on the map.

The Y&R spoilers show us that between Amanda Sinclair (Mishael Morgan) and Nate Hastings (Sean Dominic), Devon Hamilton (Bryton James) has decided to act on his feelings. His cousin Nate has convinced him it is the thing to do. As this ridiculous storyline drags on does this mean that Cousin Nate is going to be the recipient of negative blowback? You should have stayed out of it Nate. You too Amanda.

Y&R Restless – Rumor has it that…

Y&R spoilers rumor that Abby and Chance Chancellor (Melissa Ordway and Connor Floyd) will tell Devon Hamilton (Bryton James) they will not be adjusting the contract agreement. So, What does this mean? Is there a custody battle brewing? In a court of law does Devon have a legal leg to stand on? For answers to these and even more questions be sure to keep up with everything happening with Y&R right now. Come back often for The Young and the Restless spoilers, news and updates.