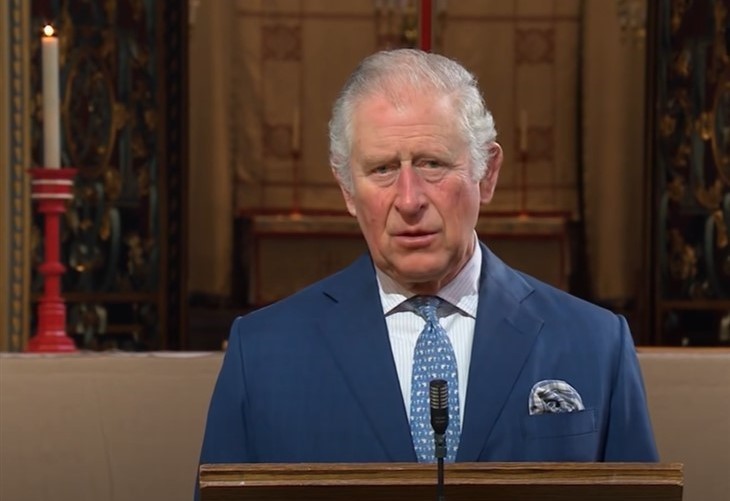 Prince Charles once maintained a warm relationship with his son Prince Harry. But then came the Duke of Sussex’s decision to step back with his wife Meghan Markle from royal duties. Reportedly taking Megxit, as that decision became known, as a rejection, since then the Prince of Wales, 73 has struggled with how to relate to Harry, 37.

As a result of the infamously icy relationship between father and son, Prince Charles’ recent public remarks about the Duke of Sussex stunned royal family experts. Find out exactly what the Prince of Wales shared below. And see why some royal observers see his remarks as extending an olive branch of peace to his progeny.

Ever since Prince Harry and Meghan Markle exited the UK, the Duke of Sussex’s royal relatives have sought to figure out how to respond to Megxit. And for Harry’s father Prince Charles, the relationship has felt especially uneasy, a royal family expert told Us Weekly. But now Charles has commented in public about Harry in a way that the expert sees as signifying a sea chance.

Does the Prince of Wales want to apologize or just forget and forgive the past? Royal expert Jonathan Sacerdoti views Charles’ recent praise for Harry as a “peace offering.” The Prince of Wales’ public remarks about the Duke of Sussex occurred in Charles’ essay for Newsweek magazine’s first issue of 2022. And Sacerdoti views the compliments as opening the door to a renewed relationship between royal dad and son. But the rest of the royal family may not follow in Charles’ footsteps.

“That’s certainly a shift from what the queen did. [Queen Elizabeth II has] now twice made speeches … where she mentioned the environment and the work that her husband Prince Philip had done,” pointed out the royal family expert. “And the work that her son Prince Charles and his son Prince William have continued to do. But she didn’t mention Prince Harry once in either of those speeches.”

In addition to offering that olive branch, the medium that Charles chose to praise his son could convey the message. The Prince of Wales chose a very public way to compliment his son. And although Sacerdoti emphasizes that Queen Elizabeth did not appear “vindictive,” Charles focused on crafting inclusive comments. Prince Harry’s father pointedly included both the Duke of Sussex and Prince William, the Duke of Cambridge.

“Charles has made a point of mentioning both his sons. So, I think that’s perhaps a peace offering, let’s say in the court of public opinion, played out in a magazine,” noted the royal family expert. Charles appears to understand that Meghan and Harry like the spotlight, with that understanding shown in choosing a popular magazine for his praise.

“[The public spotlight] appears to be the way that Meghan [Markle] and Harry like to do things,” added Sacerdoti. “So in a sense, he’s making a peace offering, and he is doing it on their turf. That is, to say, in the public gaze.” But the rest of the royal family reportedly doesn’t agree. They “would’ve liked to deal with this squabble quietly [and] privately behind closed doors [but] Meghan and Harry haven’t given them that option.”

What do you think about Prince Charles’ comments? Do you interpret his remarks as an olive branch to Prince Harry? Share your views with us. And then check back on our site for more royal family news!