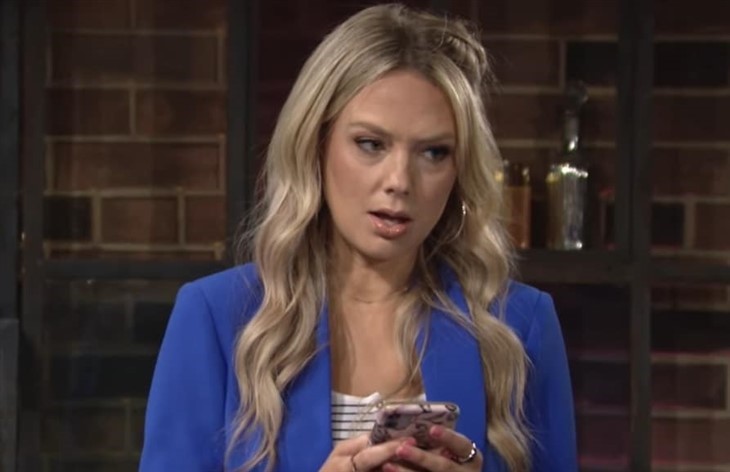 The Young and the Restless (Y&R) spoilers for Wednesday, January 5, 2022, reveal Abby Newman laying down the law with Devon — and it may not go as easily as she thinks.

The Young And the Restless Spoilers – Chelsea Newman Can Be Dangerous

Abby Newman Chancellor (Melissa Ordway) didn’t give things much thought when she called Devon Hamilton (Bryton James) over to her house every time Baby Dominic sneezed or sniffled. She certainly didn’t give things any thought at all when she dumped the baby on his doorstep and told him he would be the only father Dominic ever knew.

Then, when Chance Chancellor (Conner Floyd) turned up alive and she brought him home, she essentially told Devon “whoops, give me back my baby now, his other father is back.” Then, she was stunned when Devon told her he’d like to have shared custody with Dominic, which goes against his sperm donor agreement.

While Abby does not want to hurt Devon, she is going to have to because she wants to stick to their original plan and have Devon be a part of the baby’s life, but not a parent’s part. Devon does not like what he hears from Abby and turns to Amanda Sinclair (Mishael Morgan) for legal advice, but will she give him the right advice?

Meanwhile, Chance is still not sure he is ready to be a father and feels detached from the baby since he wasn’t a part of the pregnancy. He also wants to go on fighting crime and turns to Rey Rosales (Jordi Vilasuso) for help.

Nick Newman (Joshua Morrow) and his son, Noah Newman (Rory Gibson), have been at a crossroads in their life both personally and professionally. Nick even had a dream on Christmas that may lead him back to Sharon (Sharon Case), but in the meantime, he is going to throw himself into his work. And he wants that work to include Noah.

After father and son have a talk, Nick offers Noah a job. Will he give up photography to work with his father or will he just be one more person to disappoint Nick? Stay tuned to The Young and the Restless weekdays to see how these stories play out.

Days Of Our Lives Spoilers: With No Sami, EJ Is Ready To Settle For Nicole