90 Day Fiancé: Why David And Annie Still Don’t Have A Baby 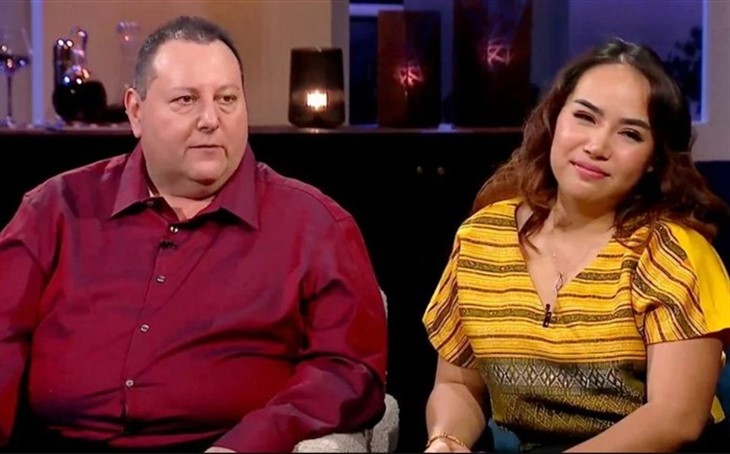 90 Day Fiancé spoilers and updates tease that there’s a reason why David Toborowsky and Annie Suwan have not yet conceived their first child. The couple has been married for five years and now fans are wondering why they still don’t have a baby.

Fans may recall that David and Annie’s pairing took the attention of many viewers because of their age gap. David went through a lot before he got together with Annie. He got divorced from his wife whom he’s been with for two decades. Given that he didn’t have any job, house, or car, his life was at the lowest point back then.

Fortunately, he managed to turn his life around and was even able to accumulate enough cash to meet the $15,000 dowry. Viewers have begun to question why they still haven’t grown their family as the pair went on screen once again for the spinoff David & Annie: After the 90 Days.

David and Annie aren’t new to spinoffs. They’ve appeared on Spice it Up with David & Annie and 90 Day: Foody Call. Now, they’re being featured on David & Annie: After the 90 Days, which centers on their journey back to Ms. Suwan’s village in Thailand. David and Annie go on new adventures with their friend Cindy in Bangkok. The pair planned to take Annie’s younger brother, Jordan, and cousin, Amber, both teenagers, back to America. They eventually realized that their decision will have tough consequences since they’ll be dealing with the teenagers’ demands and tantrums when they all live together.

In an interview with HollywoodLife, David and Annie revealed that they have discussed having a family of their own. David shared that they’re looking at a clinic in Bangkok that can help them with their desire to have a child.

As for Annie, she explained that David is older than her and he most likely won’t enjoy taking care of a baby when he’s already 60 years old.

“You know? It’s not fun. I had to make an agreement with myself before I get married that this is what I have to go through and this is what I face. So, is it OK? Yeah, it’s OK because I know he cannot have the children,” Annie said.

However, David added that they’re looking at different options at a clinic in Bangkok. He didn’t divulge other details but it looks like they’re trying to build a family of their own.

Be sure to catch up on everything happening with 90 Day Fiancé right now. Come back here often for 90 Day Fiancé spoilers, news, and updates

B&B Spoilers: Isn’t It Time For Steffy Forrester To Grow Up?