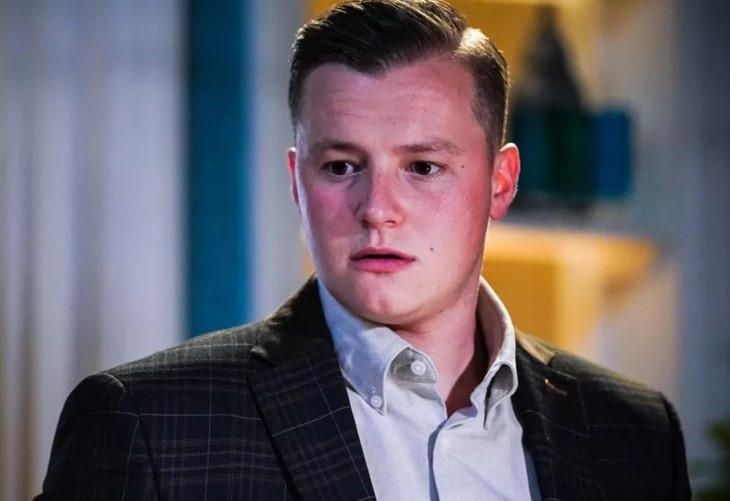 EastEnders spoilers and updates tease that the person who turned Aaron Monroe (Charlie Wernham) to the police was finally revealed as the show’s right-wing extremism storyline continues.

Fans may recall that Harvey (Ross Boatman) has been trying to convince his son to leave the hate group ever since their bomb plot failed last New Year’s Eve. Aaron now runs the group after he managed to convince the rest of the members that their former leader, Neil (Thomas Coombes) has lost his mind.

Harvey was desperate as he tried to dissuade his son from taking over the group but Aaron pointed out that it’s the only way he can guarantee the safety of his family.

Harvey even tried to bribe his son but Aaron got upset and told his father that he’s let his children down by not being able to protect them. Aaron even went as far as saying that he would have blown up the Albert if Dana (Barbara Smith) wasn’t inside during New Year’s Eve.

However, Aaron took things a step further by convincing his sister Dana to join him. He wanted Dana to leave Walford with him and the latter decided to meet with her ex-boyfriend Bobby Beale (Clay Milner Russell) to say goodbye. Bobby warned her that she’s getting herself in trouble by following Aaron. Unfortunately, she’s convinced that going with her brother is the right thing to do.

Dana may have agreed to go with his brother but with reservation. She wanted to know why he’s running away from Walford. Before Aaron could answer, Bobby appeared and was followed by the police. At first, they thought that it was Bobby who called the police on them. But it was later on revealed that Harvey was responsible for it all.

Before Aaron was arrested by the police, Harvey told his son that people like him were the problem in this country. Spoilers hint that the Monroe family needs to do some serious damage control following the recent revelations about Aaron. Dana will beg Bobby not to say anything while Harvey worries about what’s going to happen to his son.