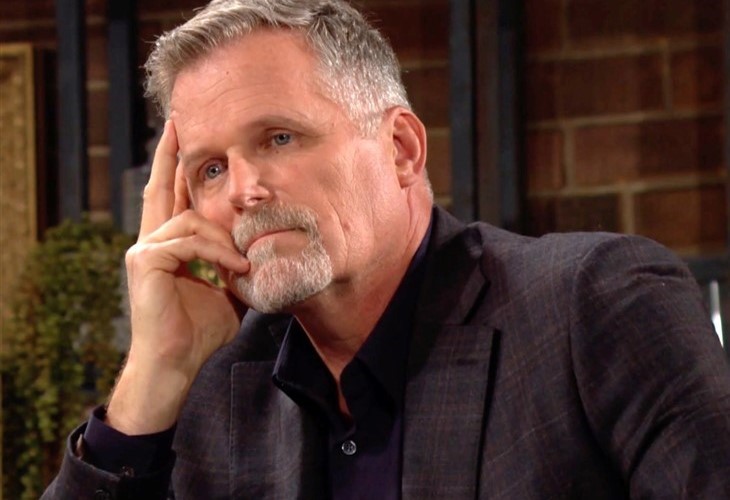 The Young and the Restless (Y&R) spoilers document that Ashland Locke (Robert Newman) was shocked when Kyle Abbott (Michael Mealor) told him that he could not see Harrison Locke (Kellen Enriquez) anymore. That turnabout happened after Jack Abbott (Peter Bergman) relayed the reveal to Kyle about Ashland’s fake terminal cancer diagnosis.

Summer Newman Abbott (Allison Lanier) stood aside of her husband. She is Harrison’s unofficial mother, unless some legal documents were signed that Ashland is unaware of.

While a legal approach may be necessary, Ashland might have a better chance to maintaining access to Harrison through Diane Jenkins (Susan Walters) help.

The Young and the Restless Spoilers – Tara Locke Was The Problem

Tara Locke (Elizabeth Leiner) decided that Kyle was not going to know he had a son on the way. Ashland naturally believed that Harrison was his biological child when she gave birth.

The cavort Tara and Kyle had in New York was a betrayal of trust. Both people wronged Ashland back then, regardless of their reasons or subsequent feelings.

Ashland loves Harrison, and because of that, he was able to overcome feelings of resentment toward Kyle. Together, both men who are important in Harrison’s life have been able to get past the situation Tara put them and her son in.

Diane wronged Kyle when abandoning him a few decades ago in soap time. She claims, arguably rightly, that she was so mentally out of it that her fake murder scheme was the only way out.

Walters’ character has quickly seen that she has a lot of work to do in hopes of regaining Kyle’s trust. She, like Ashland, share the shame of wronging those they loved for self-centered reasons. Their end justifies the means mentality has naturally made everyone suspicious of current intentions.

Yet, despite Kyle’s understandable emotions about his mother, Diane projects as a solution path for Ashland.

Harrison loves Ashland. Enriquez’ character has also come to love Kyle. He has and can continue to benefit having both guys in his life.

Tara is in jail due to shady business dealings. Thankfully, Summer has become the mother figure Harrison needs.

Kyle needs his mother, even if he can not see that right now. When he does, Kyle will likely be persuaded to admit that Harrison needs Ashland as well. Diane will be the source of persuasion, as she and Ashland become friends or more than that on Y&R.