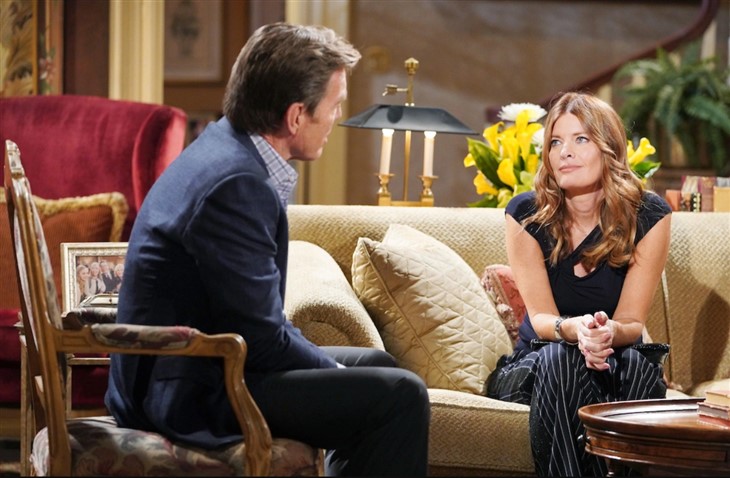 The Young and the Restless (Y&R) spoilers document that Jack Abbott (Peter Bergman) was not hoping to reunite with Phyllis Summers (Michelle Stafford) last year. His proclamation of undying love was offered with full knowledge that she was committed to Nick Newman (Joshua Morrow).

Viewers saw what was coming when Nick started distancing himself from Phyllis for reasons that seemed thin. The blowup at the visually beautiful Locke wedding in Tuscany, Italy, signaled that Phyllis would soon be single. Shortly thereafter, she was.

The Young And The Restless Spoilers – Thoughts Of Weddings Past

Weddings can put some people into romantic moods, depending upon what script pages they are on in life. Digitally skipping to the Grand Phoenix Hotel hallway setting, Jack escorted Phyllis to the door of her suite and then into it.

Phyllis was last married in 2016. The same is true for Jack. Both people were married to each other before divorcing that year.

Jack and Phyllis are arguably each other’s most mature marital pairing. At this stage of their lives they also project to being good again.

Phyllis thought that Diane Jenkins (Susan Walters) was a bad memory. But TPTB decided to make Diane’s murder a hoax, with Deacon Sharpe (Sean Kanan) obtaining a corpse to help her fake death.

Apparently living in Los Angeles, California, since the ruse was pulled, Diane more recently decided to announce what she did to Jack. Allie Nguyen (Kelsey Wang) was unknowingly roped into Diane’s manipulative scheme, which enabled Jack to learn about his oldest son’s death and that he had a granddaughter.

Diane wanted her so-called gift to be repaid. Jack felt obligated to go along and told their son the incredible news. Doing so caused Kyle to return to Genoa City, Wisconsin, with his son. Summer Newman Abbott (Allison Lanier) followed, with plans to stay in GC.

The Abbotts are one of Y&R’s legacy families. This story line will be a top-shelf focus.

Diane is part of Jack’s family, like it or not. He, Phyllis, and Summer, among others do not like it. But Kyle is conflicted.

It would seem that Diane’s restoring demeanor makes it more likely than not that Jack and Phyllis will at least recouple and possibly remarry. But all is never certain on the soaps.