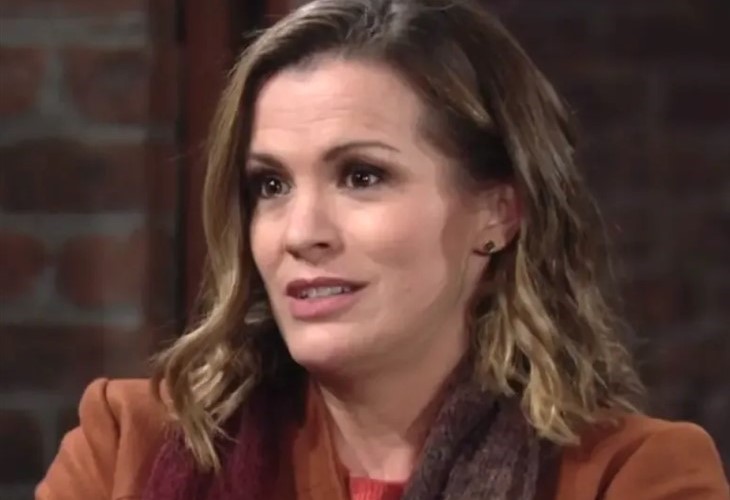 The Young and The Restless spoilers and updates reveal, it’s apparent that Chelsea Lawson (Melissa Claire Egan) on Y&R is in need of another love interest since the passing of Rey Rosales (Jordi Vilasuso). Somehow still-crazy-Chelsea is somehow still leaving her ex, Adam Newman, alone.

The Young And The Restless Spoilers – So, Who’s Next? Quite Likely Chance Chancellor (Connor Floyd) On Y&R…

PTSD & the Loss of Rey Rosales Will Bring Chelsea & Chance Together

Yes, PTSD & the loss of Rey Rosales will sure bring Chelsea Lawson & Chance Chancellor together. It’s TBD if commonalities will be bringing them together for a couple of harmless cups of coffee at Crimson Lights or cocktails in the Grand Phoenix lobby with a nightcap inside Chelsea’s suite at the hotel.

Chelsea attempted to kill Rey to get back at Sharon (Sharon Case) for kissing Adam (Mark Grossman).

Chance faked his death in Spain to protect his family & others from harm. When he finally returned to Genoa City alive to reunite with this family, he found that the sperm donor he & Abby chose has a stronger bond with his son than he thinks he could ever have. Then he decides to go back into law enforcement & his partner dies.
While Chelsea & Chance’s PTSD is not the same, both cases involve Rey Rosales.

While welcoming Chelsea into Rey’s memorial service was both sensitive & classy, even Chelsea knows to stop there. It would not be appropriate to attempt to hit Sharon up for one-on-one grieving for Rey time.

However, spending time with Chance Chancellor, a married man that had more than one’s share of PTSD to deal with before his partner in fighting crime died, seems appropriate to Chelsea.

Leading up to Rey Rosales’s sudden death, Chelsea & him were on a clear flirtatious path to crossing a line, likely in Chelsea’s suite at the Grand Phoenix.

Chelsea’s ex-husband Adam is clearly spending time with Sally Spectra at the Grand Phoenix inside the Newman Media suite & Chelsea has somehow restrained herself from poisoning either one of them.