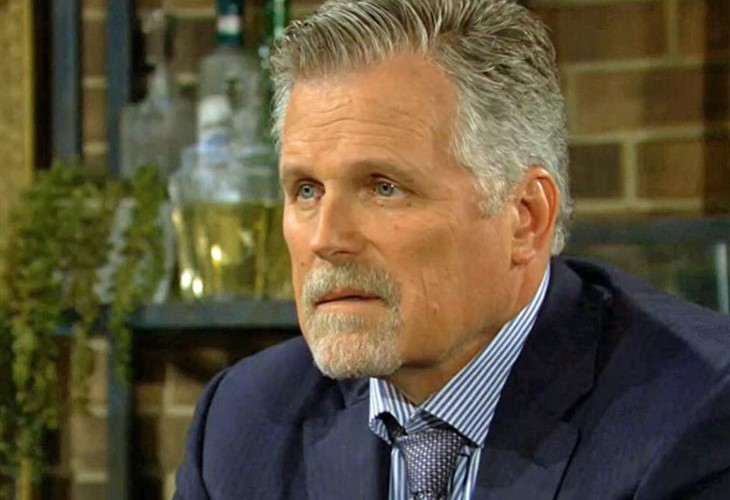 The Young and the Restless (Y&R) spoilers for Tuesday, April 5, 2022, reveal Ashland Locke still trying to get away with everything.

The Young And The Restless Spoilers – Is Ashland Locke Cornered?

It’s crystal clear that Victoria Newman Locke (Amelia Heinle) is planning something horrible for her horrible husband in Tuscany. While Ashland Locke (Robert Newman) does seem to love her, it doesn’t look like he planned it that way. But is anyone else in on Victoria’s plan?

Spoilers say that The Great Victor Newman (Eric Braeden) has something in store for Ashland, so does that mean he knows what Victoria is up to? Even Ashland is suspicious of this Tuscany trip, but he is going to go along with it hoping he can snow Victoria even more. However, Victor interrupts Ashland as he thinks he can escape to Tuscany and then maybe never return to Genoa City. What if he can just get Victoria on her own and away from her family? Victor is not about to let that happen and Ashland might learn that the hard way.

Y&R Spoilers – Adam Newman Is Ready To Take Over

With Ashland and Victoria off to Italy, Victoria seems fine with Adam Newman (Mark Grossman) being the temporary CEO of Newman-Locke, but Adam wants to make it permanent. And if it becomes permanent, someone will need to take his Newman Media job, so why not his girlfriend, Sally Spectra (Courtney Hope).

She is thrilled at the idea, but first they have to make sure Victoria never returns to the CEO spot — and then they get to take her picture off the wall and put up Adam’s. Frankly, it’s Victor’s portrait that deserves to be there, always. But his children don’t seem to think that. Why does he accept this disrespect?

And finally, Jack Abbott (Peter Bergman) remains in a state of absolute shock that Diane Jenkins (Susan Walters) is somehow alive and back in his life. But wait until Phyllis Summers (Michelle Stafford)learns the whole story. This could get very interesting indeed when Jack fills her in. Diane was one of her worst enemies so that means a continuation of another GC war is coming. Stay tuned to The Young and the Restless weekdays to see how these stories play out.