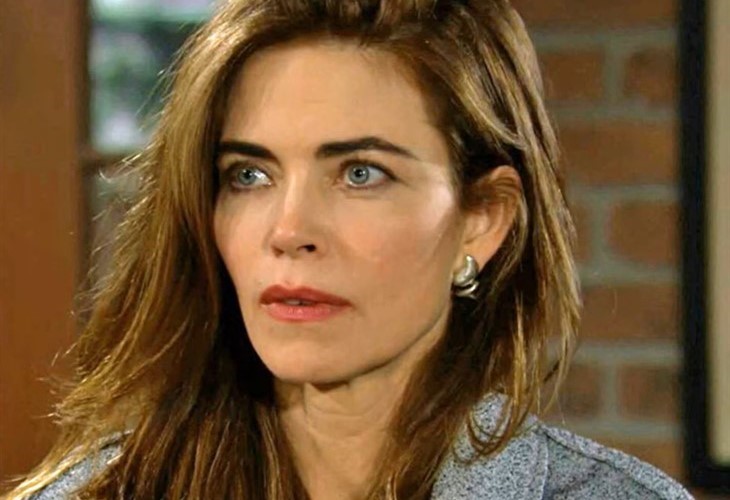 The Young and the Restless spoilers document that Ashland Locke (Robert Newman) is relieved that his wife believes him. Cynics, like the Newman family, believe that Ashland is relieved because Victoria Newman Locke (Amelia Heinle) bought his latest lie.

Victoria’s use of the word if Ashland was music to his ears. She used the conjunction if, seemingly projecting that she retains doubt, which is not a certainty.

Victoria has not convicted Ashland in her mind, while also later telling her parents and Nick Newman (Joshua Morrow) that she will handle this situation on her own and without their input.

The Young and the Restless Spoilers – Loved Ones Perplexed By Reaction

It seems hard to imagine that Billy Abbott (Jason Thompson) does not instantly recognize what Victoria is doing. He knows her as well as anyone and just had a heart-to-heart with his multiple-time ex-wife and mother of two of his children at Crimson Lights.

Victor Newman (Eric Braeden) is a master of deception. Why can’t he recognize that Victoria is playing three-dimensional chess, using his model of that real-life game?

Nikki Newman (Melody Thomas Scott) and Nick Newman (Joshua Morrow) have seen Victoria survive many periods of drama. They should recognize that she is not fully fooled by Ashland but seemingly has not figured out the method she is employing.

It would be great soap if Ashland produces apparent proof that he was set up, as he claims. The subjectivity of his assumed evidence would create a vexing problem for Victoria.

Victoria’s faith may be restored if her husband can put forth at least one witness who can counter those Michael Baldwin (Christian Le Blanc) interviewed on the digital record. But all the points she listed, including the money trail, will need to be refuted to reasonable conclusions.

Ashland will not have an indefinite amount of time to solidify his reputation or restore it based on one’s view of him.

The Young and the Restless Spoilers – Victoria Newman Locke Retains Her Name?

It will be a great twist if a reveal provides for Ashland’s vindication. He does not have to make up for the crimes he admitted to committing in the past.

So, his identity switch and inheritance stealing can remain unjailed offenses. But he has to overcome being accurately labeled as a cancer liar. If he can not, Victoria must likely revert to being a Newman in name.

Of course, she must incorporate the messy matter of the merger as part of her plan. Victoria wants to believe Ashland but needs him to definitively prove that he has changed.

Khloe Kardashian ‘Not As Important’ As Kourtney And Kim Kardashian?!