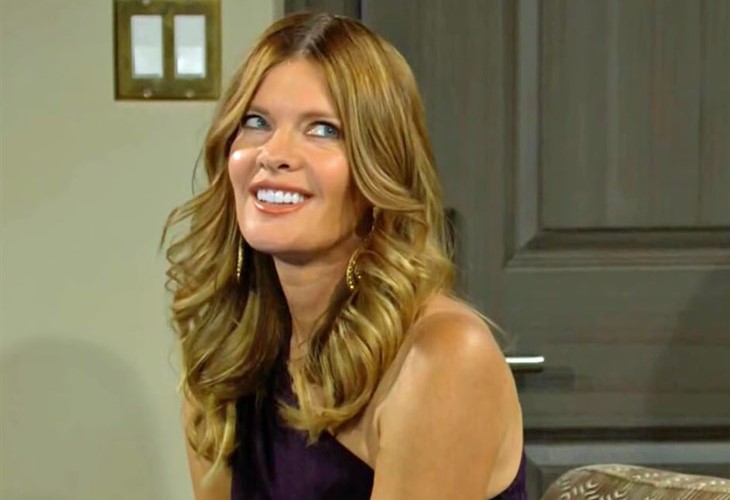 The Young and the Restless spoilers document that Jack Abbott’s (Peter Bergman) heartfelt gift to Phyllis Summers (Michelle Stafford) hit the mark. A theme episode was offered to viewers as part of her lonely Thanksgiving.

Judith Chapman (Gloria Abbott Bardwell) provided her regular fabulous turn, first appearing in real-time at the Grand Phoenix lobby to discuss her spa treatment and then guiding Phyllis on a Scrooge-like dream sequence.

Jack is in the process of helping Phyllis as she falls out of another Phick breakup. He has not decided to pursue a renewed relationship with Phyllis.

Phyllis is reconsidering whether Jack is her true love. The personal growth she demonstrated in the last year should enable a clearer future perspective.

It appeared that Nick was the man Phyllis loved more than any other, including Jack. But as the years passed and when considering the rebooted edition that just fell apart, that analysis might be soapy.

It would not be revisionist history to suggest that Danny Romalotti (Michael Damian) was a crush that became an obsession. Jack was Phyllis’ first mature relationship. Nick is the magnetic guy who is the father of Summer Newman (Hunter King).

It would also be fair to suggest that Jack stands as Phyllis’ best match.

If Jack were to initiate a revival of Phack at this point, Phyllis would likely be open to it. Momentum has increasingly shifted in this direction. But is it a head-fake by TPTB?

Just because Phyllis is single and Jack continues to search for love does not mean that these characters will definitely remarry. Look at the now failed Phick. That pairing appeared to be moving toward another union. But Nick’s inability to pull himself out of the Newman drama pattern served to end Phick.

Jack is straddling the line between being Phyllis’ needed shoulder and agreeing to reopen his heart to her.

The Young And The Restless Spoilers – Phyllis Summers Wants Stability

The subject header could have been used in the recent past when describing Phyllis’ intentions with Nick. She was also seeking stability in trying to get that relationship right.

Nick pulled away from Phyllis, which she felt coming. Her instinct was right. That couple is over, possibly for good.

Jack is a different consideration. In contrast to Nick, Bergman’s character is more mature and has a different connection with her. He may offer the stability she is seeking and the love he has been seeking.