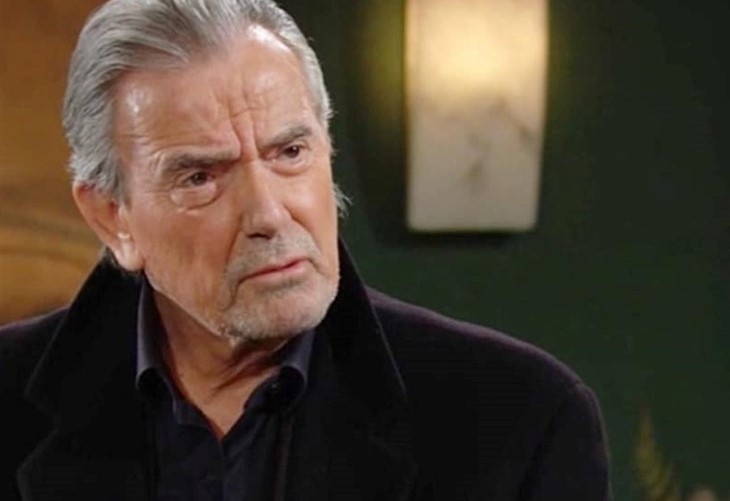 The Young and the Restless (Y&R) spoilers for Monday, March 14, 2022, reveal Victor going to great lengths to save Victoria from her husband — and herself.

The Young And The Restless Spoilers – A Search For Answers

So, is Victoria Newman Locke (Amelia Heinle) really that dumb and did she really make Ashland Locke (Richard Burgi) co-CEO with her? The Great Victor Newman (Eric Braeden) seems to think she really is that dumb and we tend to agree. However, it would have been nice if Y&R didn’t think the men had to save her, but that’s what they plan to do.

Victor calls a meeting of his sons to save their poor, delusional sister (the older one) and Adam Newman (Mark Grossman) is miffed that Victor wants Nick Newman (Joshua Morrow) to be involved with this because he doesn’t want Nick coming out the hero in the end. Victor even nixes Adam’s idea to leak Ashland’s misdeeds to the press. Victor is both concerned about Victoria’s heart and Michael Baldwin’s (Christian Le Blanc) life, so he doesn’t want any of this going public — yet.

As for Ashland, he spends the day defending himself to Nikki Newman (Melody Thomas Scott), who is suspicious of his actions once again — and for good reason.

Y&R Spoilers – Jack Abbott Gets The Shock of His Life

Jack Abbott (Peter Bergman) is sad enough that he lost so many years with his son, Keemo, and those are years he can’t get back now that Keemo is dead. Going through his things has been an emotional journey for Jack and he is glad that he had Phyllis Summers (Michelle Stafford) by his side as a support system.

However, both of them are stunned to meet a brand-new person at Keemo’s house and when she tells Jack who she really is, his life is going to be changed forever. Will he bring this person back to GC?

Also, how was it so hard to learn what was going on with his own son during the Internet and social media age? Perhaps he needed Kyle Abbott (Michael Mealor) and Summer Newman Abbott (Hunter King) to teach him how to use it. Stay tuned to The Young and the Restless weekdays to see how these stories play out.