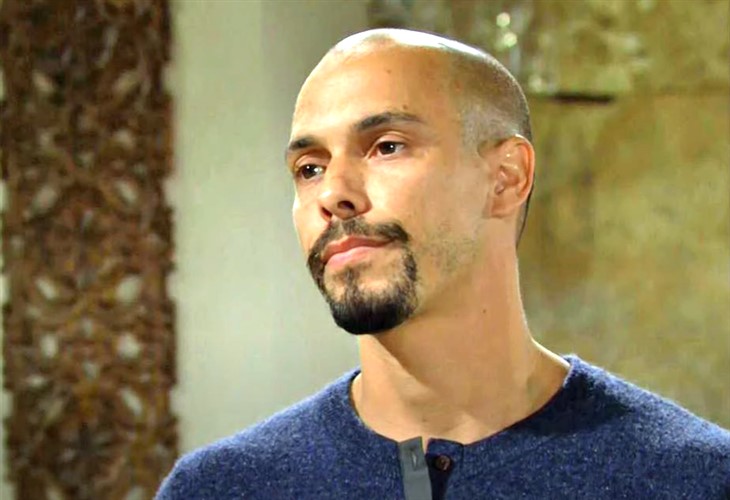 The Young and the Restless (Y&R) spoilers document Devon Hamilton (Bryton James) is descending. Chance Chancellor (Conner Floyd) is as well. Both men want what is best for Dominic Newman Abbott Chancellor (Rainn and River Ware). They are supported by the women who love them, which establishes the coming conflict on Y&R.

Abby Newman Abbott Chancellor (Melissa Ordway) is unnerved by Chance’s demeanor since they returned home from Spain. Amanda Sinclair (Mishael Morgan) has seen the transformation in Devon since Dom was born. Like Abby, she recognizes that fatherhood has impacted Devon in profound ways.

Young And The Restless Spoilers – Devon Hamilton Was Selfless

Devon is not devolving into a selfish person. His feelings for Dom are real because of the so-called unique bond he has with that baby.

Dom is Devon’s biological child. So, it is natural that he fell in love with the boy the moment Dom was born. What makes Devon’s connection extra special is that he delivered Dom under most unusual circumstances.

It was not Devon’s intention to seek partial custody of Dom when he offered to be the donor. But all of the events that unfolded during Mariah Copeland’s (Mariah Copeland) pregnancy, through the kidnapping, and Chance’s instability following his return to Genoa City, Wisconsin, have altered Devon’s perspective.

Viewers recall the man who left GC last February. And no, that is not a wink at the recast that saw Donny Boaz’ (Chance) contract non-renewed.

Chance accepted the Agency assignment because he had a sense of duty. His specific skill set was needed to pursue the criminals in question. Chance’s efforts eventually resulted in that case being resolved. However, the path from last winter to this one was particularly tough.

The character Floyd now plays believes that he should have done more to protect his colleagues who were killed. That overly harsh assessment is directly linked to Chance believing that he has no parenting skills.

The Young And The Restless Spoilers – A Compassionate Compromise Is Realized?

Devon and Chance are not thinking straight right now. Thankfully, they each have women who love them. Amanda and Abby also stand to be the forces that help resolve the building dilemma.

Amanda believes that Devon has legal rights. The legal system will be a factor that plays into what Dom’s early life becomes.

Abby believes her family can stabilize in time. That means she will not respond well to her long-time friend’s court pursuits.

Those who root for all involved characters remain hopeful that a compassionate compromise can be reached before courtroom drama damages two old friends.