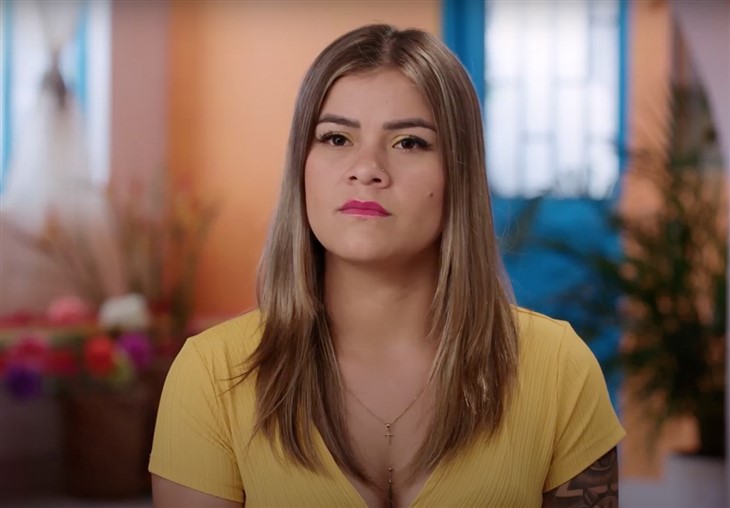 90 Day Fiancé spoilers and updates tease that Ximena Morales opened up about Mike’s dirty habits. The reality TV star believes that Mike can give her and her kids the life they want in the U.S. But will she be able to tolerate his bad habits once they’re married? In a sneak peek, Ximena bared all of Mike’s bad habits to his sister Wendy.

Ximena is a Columbian native who’s now going out with Mike Berk. Ximena is a single mother with two kids. She had a relationship with a hitman and someone who’s now in jail. Not only that, Ximena had her tubes burned so she won’t have any kids again. The pair shared nothing in common but they still ended up together. The question is for how long?

There was a time when Mike and Ximena had to rely on a translator app whenever they talked. She decided to be with Mike because she believes he can provide her children with a better future. So far, Mike has been able to provide for their food, rent, and other needs. Ximena has a lot of flaws, too, but it seems like she’s still not that forgiving when it comes to Mike’s bad habits.

90 Day Fiancé Spoilers – Ximena Morales Opens Up To Her Sister

In a teaser video shared by E! News, Ximena tells Wendy about Mike’s “super gross, gross” habits. The couple is on a romantic getaway but it seems like Ximena’s not enjoying the trip.

While Mike is away, Ximena tells her sister that “there are sweet moments and moments that honestly aren’t.”

Wendy asks her for more details as to what exactly Mike does to make her feel disgusted. She went to explain that Mike has a habit of throwing his dirty clothes everywhere. Aside from that, he also likes to burp a lot.

Fans may recall that there have been instances when Mike burped loudly even when other people were around. There was an episode when he burped in front of Ximena’s father and farted while kissing Ximena.

Ximena confesses that sometimes it can be funny but it can also be infuriating. Wendy tries to explain Mike’s action by saying that it’s what people do when they’re already feeling comfortable with their partner. However, Ximena says that she may end up going crazy if Mike continues to do these things a few years from now.

Fans may recall that Ximena already confronted Mike about his habits. She told him that his farting makes her fall out of love. She even reached a point when she said that she’ll never marry Mike because of his farts.

It’s Mike’s first time having a girlfriend, even though he’s already 34 years old. Perhaps he’s unaware that his habits can be annoying since he had no one to tell him to stop. But with Ximena in his life right now, maybe he can start getting rid of these habits.

However, spoilers hint that Mike and Ximena already got engaged in 2021. If that’s true then the latter may have finally come to terms with his bad habits.