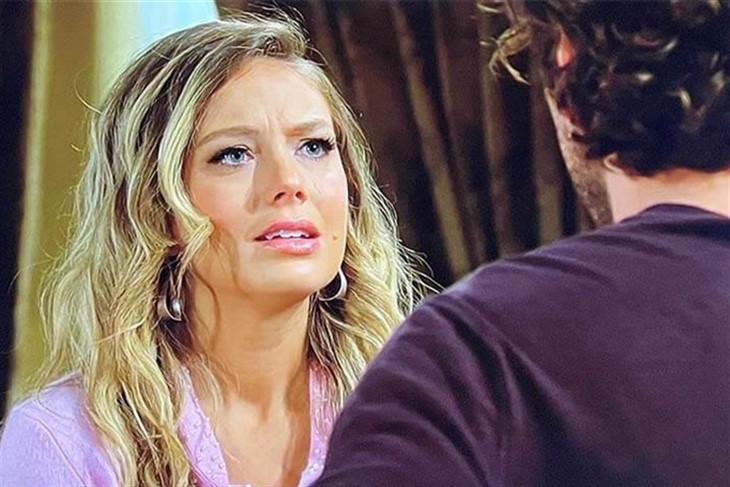 The Young and the Restless (Y&R) spoilers reveal Chance Chancellor is thrilled with the idea of giving Devon Hamilton legal rights to Dominic, while Abby Newman Chancellor looks like she is about to lose her mind at the idea.

The Young And The Restless Spoilers – Where Was The Love Story?

Everything about Chance and Abby’s ‘romance’ and marriage has seemed off. Never mind the fact that Abby is on her third Chance, with Melissa Ordway’s husband, Justin Gaston, filling in for Donny Boaz for Abby and Chance’s big wedding, and Connor Floyd now playing the role — these two never had a real love story from the start.

Abby and Chance dated a few times, they slept together while both were still living at The Grand Phoenix, they mentioned they always wanted to have kids one day the morning after, and suddenly all Abby could think about was marriage.

So, Abby and Chance got married, they tried for one month, Abby then went to a fertility doctor, learned she couldn’t carry a child, Chance soon learned his swimmers didn’t work, and hightailed it out of Genoa City as soon as he could. No husband, no problem. Abby was going to make a baby anyway, so using her friends and their body parts, she did just that with Chance nodding ok via FaceTime with her barely hearing from him again. What a great basis for a marriage and starting a family together.

Perhaps if Abby had waited for Chance to return from his mission before creating a Build-A-Baby, things would have turned out differently once that baby was born. But Chance wasn’t there and Abby relied on Devon (Bryton James) way too much, calling him over every time Dominic cried or sniffled. What did she think was going to happen when she left the baby with Devon for weeks telling him he was the only father Dominic would ever know when she thought Chance was dead? That Devon wouldn’t bond with the baby even more?

She refused to listen to Chance when he was clearly going through PTSD after his mission and when he said he didn’t feel a complete bond with the baby. And now, Devon and Chance got their wishes and Devon has legal rights to the baby. Where do Abby and Chance even go from here? Will Abby be able to forgive a hurting Chance for not siding with her when she could only see her dreams and not the reality she created? Stay tuned to The Young and the Restless weekdays to find out.