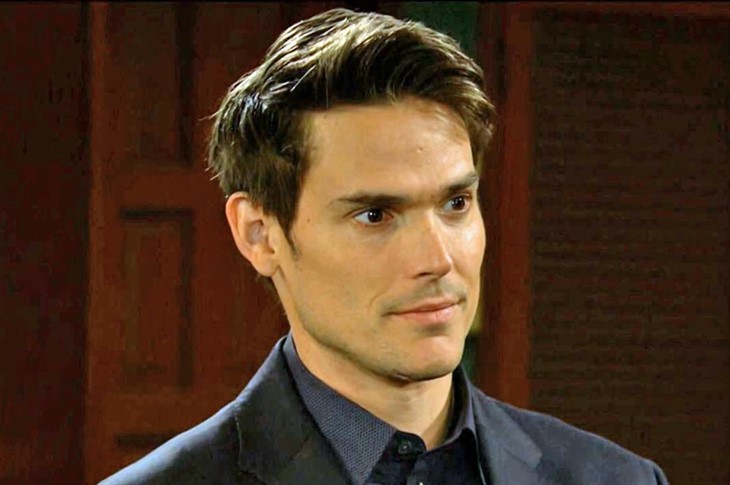 The Young and the Restless (Y&R) spoilers document that Adam Newman (Mark Grossman) was chatting with Sally Spectra (Courtney Hope), who has a vastly different view of him than his brother does. Nick Newman (Joshua Morrow) was forced to recognize a change in Adam when he twice saved Faith Newman’s (Reylynn Caster) life.

Adam’s efforts helped to create a first-time bond with Nick. As his big brother, it is Nick’s responsibility to tell Adam the hard truth in an effort to keep him focused on the family’s best interest.

The above happened at Society, with serious outcomes projected to follow. Whether all goes as hoped will soon be known.

Sally is not dumb. She knows that Adam represents access to the good life in Genoa City, Wisconsin.

Hope’s character can not return to Los Angeles, California, and settle back into her old life. She burned soapy bridges, which led to her move to Genoa City, Wisconsin.

Adam is a personality type match and maybe her first, true soul mate. This couple plays off each other in ways that have not yet been dysfunctional, which suggests that both people have grown.

Nick knows Adam’s demons. He knows them because he has felt them himself.

The brothers Newman achieved a breakthrough in their relationship many months ago and have not reverted to the bad old days. While they do not project to being tight, they have developed mutual respect.

Adam knows Nick has the experience and cache to speak meaningfully. So, he listened to his older brother and appears open to applying the volunteered advice.

The Young And The Restless Spoilers – Victor Newman Recognizes Needle

Threading the needle that slices Ashland Locke (Robert Newman) from Victoria Newman Locke’s (Amelia Heinle) life and the merged companies is a steep challenge. Victor Newman (Eric Braeden) knows that his three connected children must work together to pull this high-stakes gamble off.

Victoria is motivated by Ashland’s humiliating and manipulative acts. Nick is on-board. But Adam is not solid.

Adam’s history of volatility can not be instantly applied to this scenario. He has matured but does still desire respect within the family.