Y&R Spoilers: Will Jack Tell Kyle About His Mother? 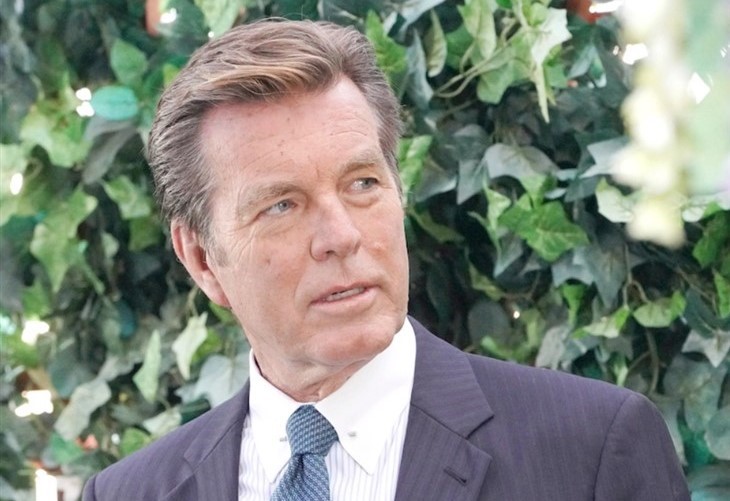 The Young and the Restless spoilers reveal quite a shock for the Abbott clan that they never saw coming.

The Young And The Restless Spoilers – Can Diane Jenkins Stay Dead?

Jack Abbott (Peter Bergman) has the unenviable task of informing the rest of his family that Diane Jenkins (Susan Walters) is alive and well and even in Genoa City now. She got to him through Keemo and bought Keemo’s house so that she could reveal herself to Jack and now it’s like the nightmare never ended.

That’s exactly how the Abbotts feel when Jack delivers the news and Ashley Abbott (Eileen Davidson) has an idea. Just don’t tell Kyle (Michael Mealor) because he doesn’t need to know this right now. After all, he is a happy newlywed in Italy enjoying his own life with his wife and son. Learning that your mother is alive, faked her own death, and essentially abandoned him are not things to hear right now.

Of course, Traci Abbott (Beth Maitland) feels this is wrong, wrong, wrong. She is the moral center of the family and she says no, Kyle has to know. How can you keep something like this from him? This is his mother and it affects his life more than anyone else’s.

Jack knows that Ashley is wrong and Traci is right and has already made up his mind that Kyle has to know what is going on. But does he tell him over FaceTime or ask him to come home so he can tell him in person. He has to think fast because he risks Diane taking it upon herself to tell Kyle and he can’t let that happen.

Diane is already making herself comfortable. She disguises herself and gets a room at the Grand Phoenix for an extended stay. This should be interesting since she is staying in Phyllis’ hotel where Phyllis Summers (Michelle Stafford) lives.

So, Phyllis better watch out too. And what about Nikki Newman (Melody Thomas Scott)? She is the one who murdered Diane to begin with — or so she thought since Diane is nowhere near dead. How will she react to this big news? It looks like there is going to be quite a lot of drama showing up because Y&R finally remembered that it’s a soap opera. Stay tuned to The Young and the Restless weekdays to see how this story plays out.

90 Day Fiance New Season – What We Know About Miona And Jibri?

Days Of Our Lives Comings And Goings: Greg Vaughan Brings Eric Back To Stay