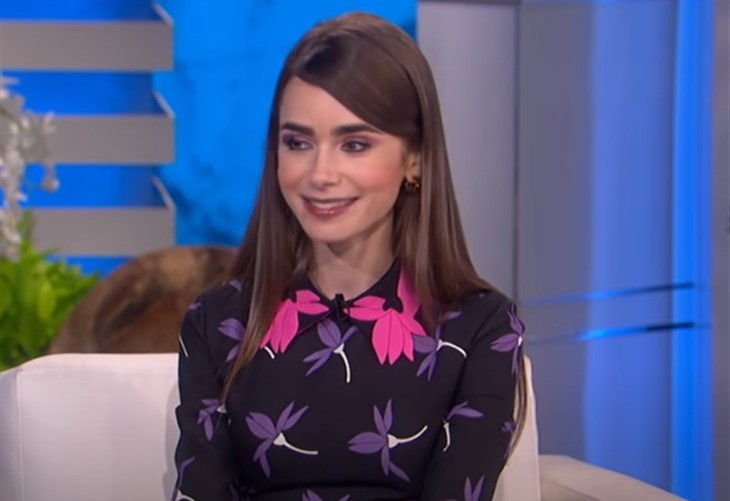 Hollywood news and updates tease that Lily Collins shared a memory of her childhood trying to pull away a bouquet held by the late Princess Diana.

Lily Collins recently had a successful Season 2 of “Emily in Paris,” a comedy-drama series, which follows a girl who is hired to share an American perspective in a marketing firm in Paris. She also had a new Netflix hit movie titled “Windfall,” in which she co-starred Jason Segel and Jesse Plemons, and was directed by her husband, Charlie McDowell.

Recently, the 33-year-old actress celebrated with her dad, Phil Collins, in his last concert with his band, Genesis. She posted photos and videos on her social media account and hailed it as “the memory of a lifetime” and an event that she’ll cherish forever.

In her latest appearance on the “Literally!” podcast, Lily Collins shared a childhood memory with a royal member. “Legend has it, I was presenting Princess Diana with a bouquet and when she went to take it, I then tried to pull it back away, as you do, you know…” she told host Rob Lowe.

The “Emily in Paris” star also mentioned how she loves to join the cast of “The Crown” and she got to talk and ask questions to Olivia Colman, who plays the Queen, during their filming for the adaptation of “Les Misérables” last 2018. “I was grilling her, asking her questions, but she was sworn to utmost secrecy and couldn’t tell me anything,” she said.

In other news, Lily Collins shared her discomfort while filming her Netflix hit series “Emily in Paris” that she has to seek professional help to reduce the pain in her feet caused by wearing high heels while walking in the streets of Paris.

In her latest appearance on “The Tonight Show,” she opened up her weekly sessions with a podiatrist. “I went to a podiatrist every week to fix my feet because I was wearing heels all the time, and I had to have insoles made for every pair of shoes. I am not kidding. I felt pretty ancient,” she told host Jimmy Fallon.

The “Windfall” star also shared her desire to gain a role in one of the films by Richard Curtis, the creator of “Notting Hill” and “Love Actually,” in the future. “Those movies define so much of an era for me growing up. They are so wonderful,” Collins said.