Y&R Spoilers: Ashland Locke Better Watch Out For His Wife 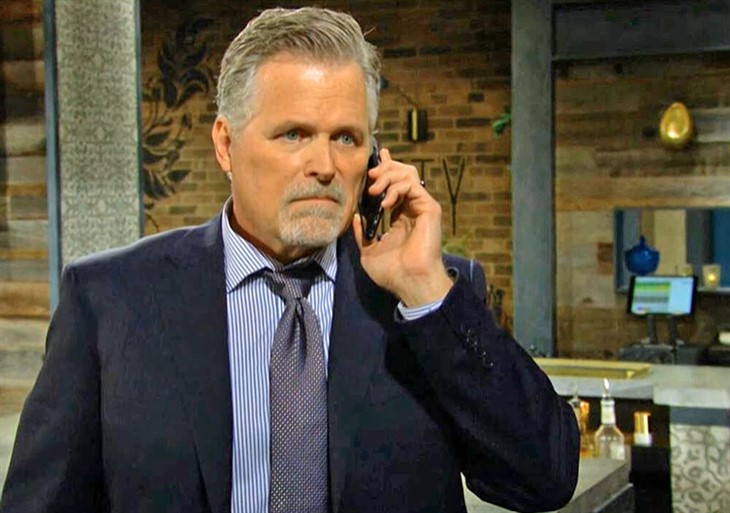 The Young and the Restless (Y&R) spoilers for Friday, April 8, 2022, reveal Victoria coming up with her most conniving plan yet.

If Victoria Newman Locke (Amelia Heinle) can blackmail her way into the CEO position at Newman Enterprises by threatening The Great Victor Newman (Eric Braeden), then she can certainly pull one over on Ashland Locke (Robert Newman), right?

While her family thinks she is as crazy and delusional as ever, Victoria knows exactly what she is doing, right? After all, she was in love with this man, which is why she married him, so turning off those feelings won’t be easy — especially considering how charming Ashland can be when he wants to be.

But Victoria is determined and she has a plan to bring down Ashland once and for all. This is something that Ashland doesn’t see coming for the moment, but if he does figure out what she is up to, that means all bets are off and Victoria can be in a lot of trouble. Then again, so can Ashland if Victoria pulls her scheme off right.

Meanwhile, Nikki Newman (Melody Thomas Scott) is worried sick about her daughter and doesn’t know what’s going on. How can Victoria still be in love with Ashland and willing to stay with him no matter what he has done?

Victor tells his baby not to worry. He will take care of everything. Victor promises Nikki that Victoria won’t get hurt and Nikki has to trust that her husband has the ultimate plan because he always does.

The Young and the Restless – Is Billy Abbott In On It All?

Then there is Billy Abbott (Jason Thompson), who Victoria has been confiding in. Is he part of her plan? Will Billy keep that plan a secret? Probably not because on Friday he has some big news to share with Lily Winters (Christel Khalil). Now, Lily has tried to remain supportive of Billy and whatever he wants to do. She is keen keen on his ridiculous all-night podcast. But will she like him dealing with his ex-wife’s business once again? Stay tuned to The Young and the Restless weekdays to see how these stories play out.

Days Of Our Lives Spoilers: Will Belle And Shawn Survive Jan Spears?