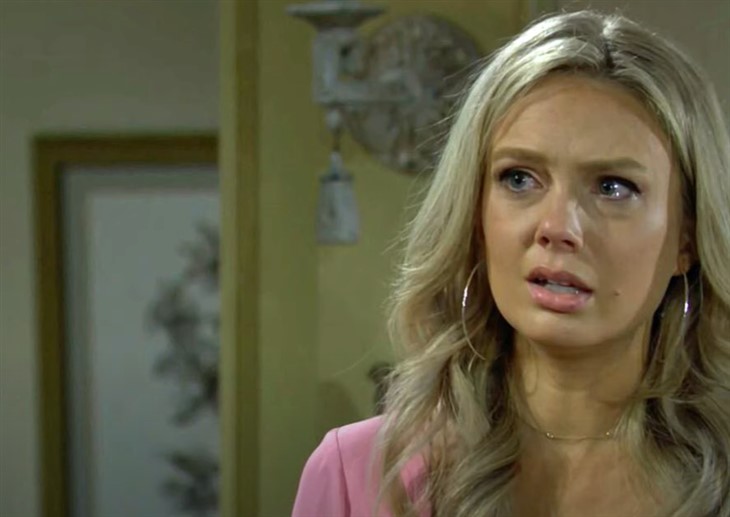 The Young and the Restless (Y&R) spoilers reveal that Chance Chancellor (Conner Floyd) will make a confession on Monday, January 3. Abby Newman-Abbott-Chancellor (Melissa Ordway) can’t believe what she’s hearing. As Abby cries, she tries to change Chance’s heartbreaking declaration. Can “Chabby” survive this and what does it mean for their family’s future?

Y&R spoilers reveal that Abby and Chance are still dealing with Devon Hamilton’s (Bryton James) shocking request regarding Dominic Newman-Abbott-Chancellor (River and Rainn Ware). While Chance understands where Devon is coming from, and is sympathetic to his bond with the baby, Abby is gearing up for battle.

While Chance and Abby are facing the issue with Devon, the two discuss parenting baby Dominic. Chance makes a heartbreaking confession that Abby doesn’t see coming. Chance sees the bond that Devon has with Dominic. Chance wishes he had that same connection, but admits that he doesn’t.

Even though Abby is confident that Chance will develop that same intuition and bond with the baby, he isn’t so sure. Chance says that where his fathering ability should be, there is just an empty void. Chance even wonders if he’s just like his father and is unable to be a parent.

The Young And The Restless Spoilers – ‘Chabby’ Face New Obstacle

The Young and the Restless spoilers reveal that Abby and Chance debate over this issue. Abby begins to cry and plead with Chance to give himself a break. Abby knows that Chance has been through incredible trauma and taking on a new baby along with it is difficult. Abby believes that Chance just needs to give himself patience and time. However, Chance isn’t so sure and believes that Devon has the daddy gene, but he doesn’t.

It is teased that during the week of January 3, Chance will turn to Rey Rosales (Jordi Vilasuso). Chance needs Rey’s help, which could be connected to his feelings of inadequacy regarding fathering Dominic. Will Rey be able to reassure Chance, or could his “fatherhood void” feeling just get worse? Will this end up affecting Devon’s request for more time with the baby?

While Abby tries to determine if Chance needs more help than she can provide, Chance might continue to go down a dark path. Chance is trying his best to adjust to normal life again, but can’t help but feel he’s not good at being a dad. Seeing how skilled and natural it is for Devon is killing Chance. Could Chance end up making a shocking decision that will tear his family apart and break Abby’s heart?