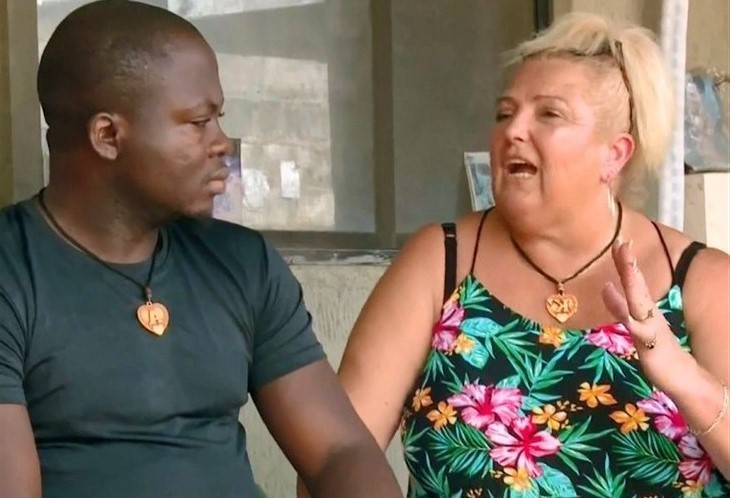 90 Day Fiance spoilers reveal that fans are curious about Angela Deem and her husband, Michael Ilesanmi. The couple has been a fan favorite and with all of Angela’s changes, some fans think that they may have outgrown one another. Michael always told her that he liked bigger women and she immediately went and got weight loss surgery and many other plastic surgeries done to her body and face. This didn’t sit well with him and it looks like they could be on the outs.

90 Day Fiance Spoilers – Did They Break Up?

There have been plenty of rumors going around that these two are done for good, but are they true? We all know that Michael has been trying to get his spousal visa to get to the United States for about two years now. There have not been any updates from the couple as to whether or not he has gotten it yet. From what we have seen with Angela’s posts, she is traveling all over the country and going to parties whenever she wants.

Both of them have hinted that things may not be going well and they put it on social media. Is this true now though? Did they make up? Angela recently made a TikTok video that hinted that she and Michael may not exactly be seeing eye to eye now and it had her fans worried.

90 Day Fiance Spoilers – Is She Moving?

Is Angela moving to Los Angeles? She has spent a lot of time there recently, but she has also been spotted in Las Vegas. In her TikTok video, there is a voice over that says, “Are you single?” Then Angela looks at the camera and the song “Candy Shop” starts to play. The lyrics simply state, “Yeah… Uh-huh.”

Was this TikTok just a hint that she and Michael have broken up or is there something else going on? We will have to keep an eye on these two as the rumors continue to fly.