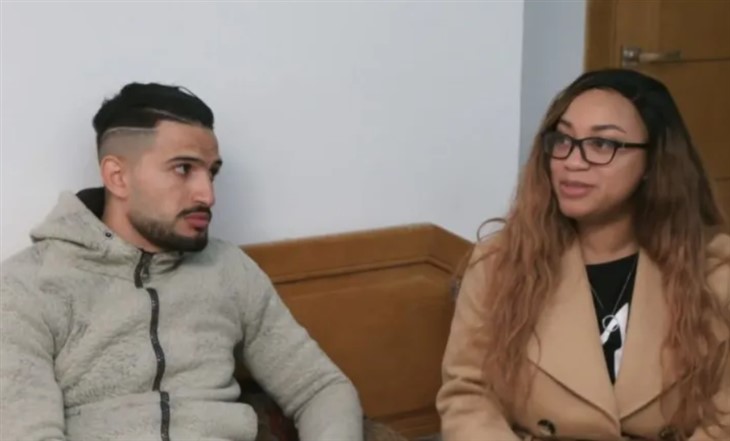 90 Day Fiance’ Before The 90 Days Spoilers indicate that fans are extremely upset over Memphis Sandoval’s treatment of her finance’ Moknii Hamza. Memphis acts more like Hamza’s mother than his fiance’ and fans are fed up.

90 Day Finance’ Before the 90 Days Memphis has two children. Memphis is also aware of Hamza’s communication issues. Hamza’s English is not very good and Memphis knew that before going over there. Memphis further annoys viewers by talking down to Hamza. Instead of speaking to Hamza in proper English, Memphis uses what fans call “Caveman” terms and improper English to get a point across. Memphis isn’t helping Hamza to learn English or to communicate with her better by talking to him in this manner. Hamza is constantly treated like a child by Memphis instead of a potential husband. Does Hamza deserve better than what Memphis is offering?

90 Days Finance’ Before The 90 Days – Other Issues

90 Day Fiance’ Before The 90 Days Memphis and Hamza have other issues as well. When Memphis asked to visit, Hamza’s mother demanded that they have separate bedrooms. However, Memphis and Hamza chose to have sex against his mother’s wishes and were caught together. Memphis then made the bad choice to criticize Hamza’s bedroom skills in a public forum as well. Later, Memphis became furious when she learned that Hamza is only 26 years old and not 28 as he had told her. Memphis demanded Hamza bring his sister into their argument to translate as she confronted him over his lie. Afterward, Memphis demanded to see Hamza’s diploma and grilled his sister about his education. Memphis is treating Hamza like an unruly teen instead of an equal.

90 Day Fiance’ Before the 90 Days – Does Memphis Deserve Respect?

90 Day Finance’ Before The 90 Days Memphis should consider herself lucky that she gets any respect from Hamza’s family. After all, Memphis has broken the house rules time and again. Both Hamza and his sister have been educated. Hamza’s sister is quite smart and it shows. Hamza’s sister honestly looks at Memphis like she wonders where this woman came from. Memphis is treated and his family with a great deal of disrespect, why does she deserve any better?

It seems that Memphis needs to learn how to treat Hamza or he needs to find another girlfriend. Will Memphis and Hamza survive?