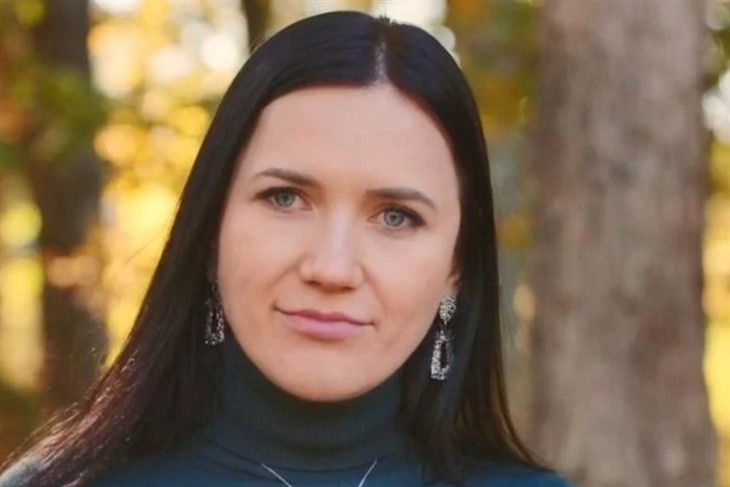 Varya Malina celebrates her 33rd birthday with a series of images of her makeup-free face for 90 Day Fiancé fans.

Not too long ago, 90 Day Fiancé alum experimented with Botox and other cosmetic procedures, but now it seems she is going makeup-free. She posted an Instagram Story revealing her natural face, with no makeup, but with real wrinkles (and a zit) to celebrate her 33rd birthday.

As Varya Malina’s fans know, she loves to post her unfiltered moments on her Instagram account. A while back, she told her 304K followers how tough her first year of immigration had been for her. Varya showed real emotion by speaking of her family back home in Russia and how much she craved hugs from them. More recently, with Geoffrey Paschel languishing in prison, she opened up about how she has to handle Geoffrey’s responsibilities as a landlord while missing his company.

Even more recently, the Russian beauty spoke of how ready she was to party and celebrate her 33rd birthday. She explained that she had flown from Tennessee to San Diego, California, to celebrate her birthday with one of her friends.

While out shopping for wine glasses for her birthday party, she posted a no-makeup look on her Instagram Story. In the image, Varya points at the wrinkles around her eyes, captioning it, “Age identification.” The former TLC reality star also pointed out a pimple on her forehead, which cropped up just before her birthday.

Meanwhile, on Friday, Varya revealed images taken at her birthday party. The video revealed her wearing a gorgeous red dress as she partied to celebrate turning 33. In her caption, Varya wrote, “For such a special occasion I ordered my favorite dessert Pavlova cake from @avergusha

Check out her account, she is a nutritionist who bakes not only regular cakes, but also healthy no sugar, vegan and gluten free desserts.”

Malina’s fans and followers were quick to wish her Happy Birthday, including 90 Day Fiancé star Sumit Singh. A number of fans commented, saying they hoped Geoffrey would be with her for her next birthday.

Fans will remember that in June 2021, Varya revealed a younger-looking face, after getting her forehead Botoxed. At that time, she also went for a Halo hybrid fractional laser facial to correct her uneven skin. In her various posts on Instagram, Varya said she wanted to grow old naturally, but nicely. It looks like now she is embracing her natural look as she achieves her 33rd birthday.

We wish Varya Malina everything of the best for her 33rd year.