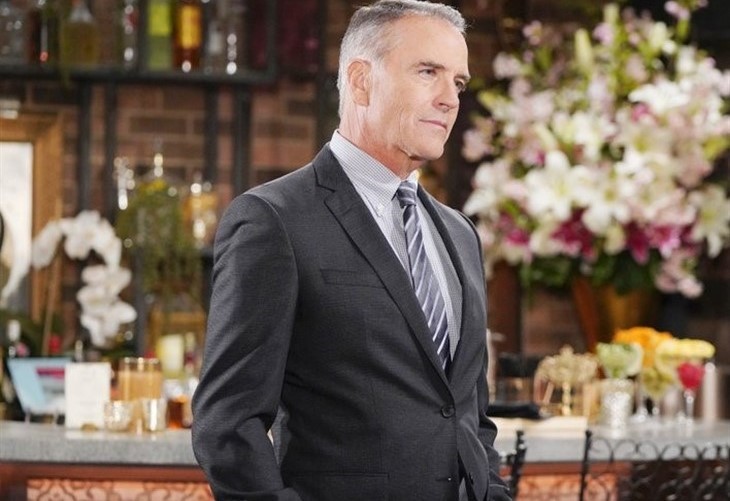 However, Victor wants Michael to work for him again because he wants his old buddy, the brightest legal mind he knows, to be by his side for what is ahead on Y&R.

Victor said, as he has on many occasions, that he poured his heart and soul into building Newman Enterprises. He was okay with Ashland Locke merging his company with Newman. But that was before Ashland’s health status did a one-hundred-and-eighty-degree turn.

If Ashland will live for several decades, Victor wonders how his son-in-law’s outlook has changed. Since he may no longer be dying, Ashland could believe that being on an equal footing with Victoria is not enough.

However, even if Ashland is okay with Newman-Locke as-is, what happens if something unfortunate happens to his wife? Of course, Victoria’s life could be in jeopardy if something nefarious is in the works.

Le Blanc has been one of this show’s best actors for decades. The scripts this great actor was given and the performances he delivered allowed Michael to become a legacy character.

Seeing Victor reach out to Michael during a happenstance meeting at Society was fortuitous. The Moustache seized upon opportunity, and Michael can keep his legal muscles toned by gaining what should be an engaging part-time job.

Devoted viewers can easily predict that Michael might become more involved than he wants to at this point in his career, despite Victor’s assurances. No matter, having Genoa City, Wisconsin’s arguably greatest attorney in the game is great for the audience. Of course, due respect can be paid to some other lawyers, including Michael’s friend and savior, Christine Williams (Lauralee Bell), Katherine Chancellor’s (Jeanne Cooper) main barrister, Mitchell Sherman (as last played by William Wintersole), and John Silva (John Castellanos).

The Young And The Restless Spoilers – Adam Newman Is Not Adored

Victor has been keeping a close eye on Adam. His son has reestablished trust and is sincerely committed to promoting Newman family values.

Among the cited family worth quotient is performance. Victor sees Victoria as a maturing leader. But he believes that Adam is still prone to a lack of focus.

Adam’s put-down to Victoria and Ashland represents the type of misstep Victor was referencing. His comments injected doubt into the Locke’s minds, which is not good for the family or its business.